DAILY POST had earlier reported that Abiodun’s All Progressives Congress (APC) won across all the local governments in the state at the just-concluded local government poll.

Early on Monday, the elected chairmen arrived at the office of the Ogun State Independent Electoral Commission (OGSIEC), where they were presented with their certificates of return.

At noon, the council bosses arrived at the arcade ground in Oke-Mosan, Abeokuta, for the inauguration proper.

Speaking, Abiodun charged the local government administrators not to depend on the monthly allocation coming from the Federal Government.

He urged them to generate money in their respective local governments, warning not to make life difficult for the masses in doing so.

Abiodun told Ogun residents to hold the new political office holders accountable, should they fail to deliver the dividends of democracy to the grassroots.

He charged them to be transparent, accountable, fair and just in their responsibilities.

“You must also understand that you cannot rely exclusively on allocations from the Federal Government. You will have to be creative in generating funds internally.

“But in doing this, you cannot afford to over-burden the people who are the essence and facilitators of your being in power,” he stated. 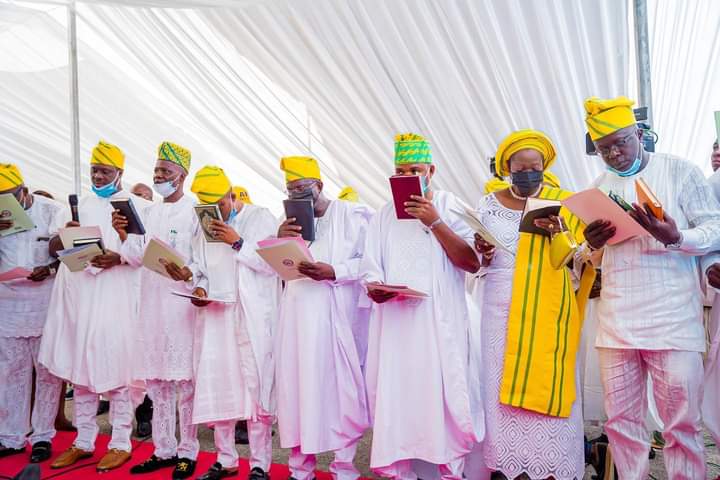