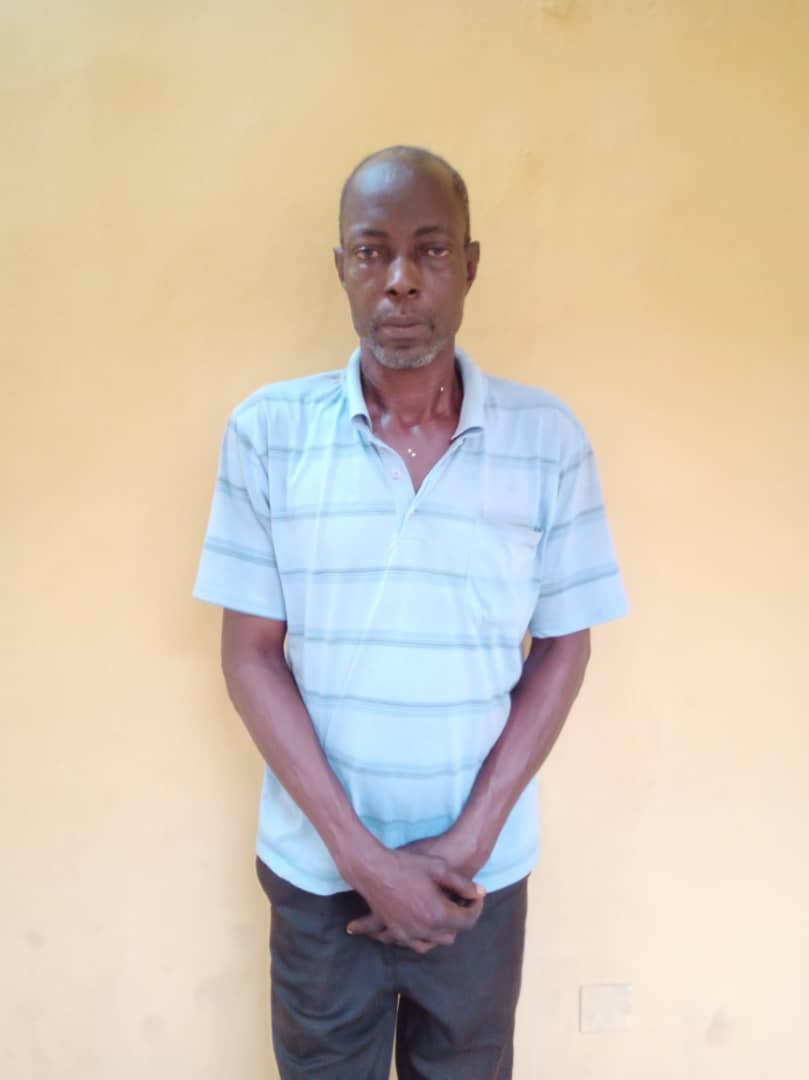 A 52-year-old man, Jimoh Mutaliu has been arrested by the police in Ogun State for allegedly impregnating his 16-year-old niece.

It is the third time the suspect has reportedly impregnated his teenage niece, having succeeded in paying for the termination of their first two pregnancies.

Ogun Police Public Relations Officer, Abimbola Oyeyemi, in a statement on Wednesday, said the suspect was arrested on Tuesday in Abeokuta, the state capital.

The father of the victim had reported the case at the Adatan police division, saying he discovered that his daughter was pregnant and she confessed that his own brother, who is also an uncle to the girl was responsible.

He also reported having discovered that his brother had been sleeping with his daughter for quite some time, adding that “his brother had procured abortions for her twice in the past.”

With the report, Oyeyemi disclosed that the DPO of Adatan police division, SP Abiodun Salau, had immediately mobilised his detectives to the scene, “where the randy uncle was promptly arrested.”

“On interrogation, the suspect made a confessional statement that he actually committed the crime, he also affirmed that he had procured two abortions for her with the help of a nurse”, Oyeyemi added.

The suspect is to be transferred to the state CIID for further investigation and prosecution.