Governor Ortom who met with Local Government Chairmen, Chairman and board members of SUBEB among others Thursday, 21st October, 2021 at the New Banquet Hall of Benue Peoples House Makurdi gave the Local Government Council Chairmen one month to carry out intensive physical verification to unmask the cartel behind padding of teacher’s salaries.

He expressed worry while briefing journalists that despite retirement of primary school teachers, deaths among others, the wage bill does not reduce but rather increases, stressing that the ugly trend means “the dead resurrects to receive salaries and goes back to the grave.”

The Governor explained that if proper checks are carried out with the involvement of Council Chairmen, Nigeria Union of Teachers, NUT, Parents Teachers Association, PTA among others, leakages and other unwholesome activities would be stopped to give room for more recruitment. 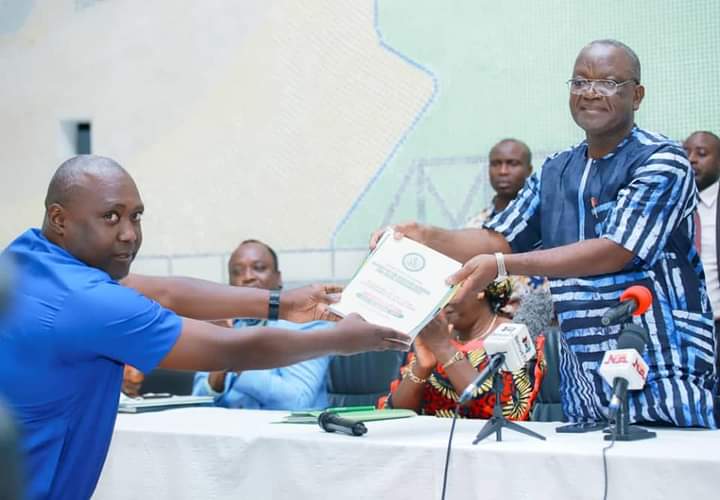 The Governor maintained that since the decision to engage 2,000 teachers in the primary school was sacrosanct, his government would do everything possible to block financial leakages in the sector to guarantee expected goals.

Special Adviser to the Governor on Bureau of local government and Chieftaincy Affairs, Mr. Kenneth Achabo at the briefing, also presented a report on audited accounts of the twenty three local government councils from 2015 to 2019.

Governor Ortom while receiving the report, described it as a novel initiative and stressed the need for those in positions of trust to keep financial records straight so as to support auditors with facts and figures to do their job.