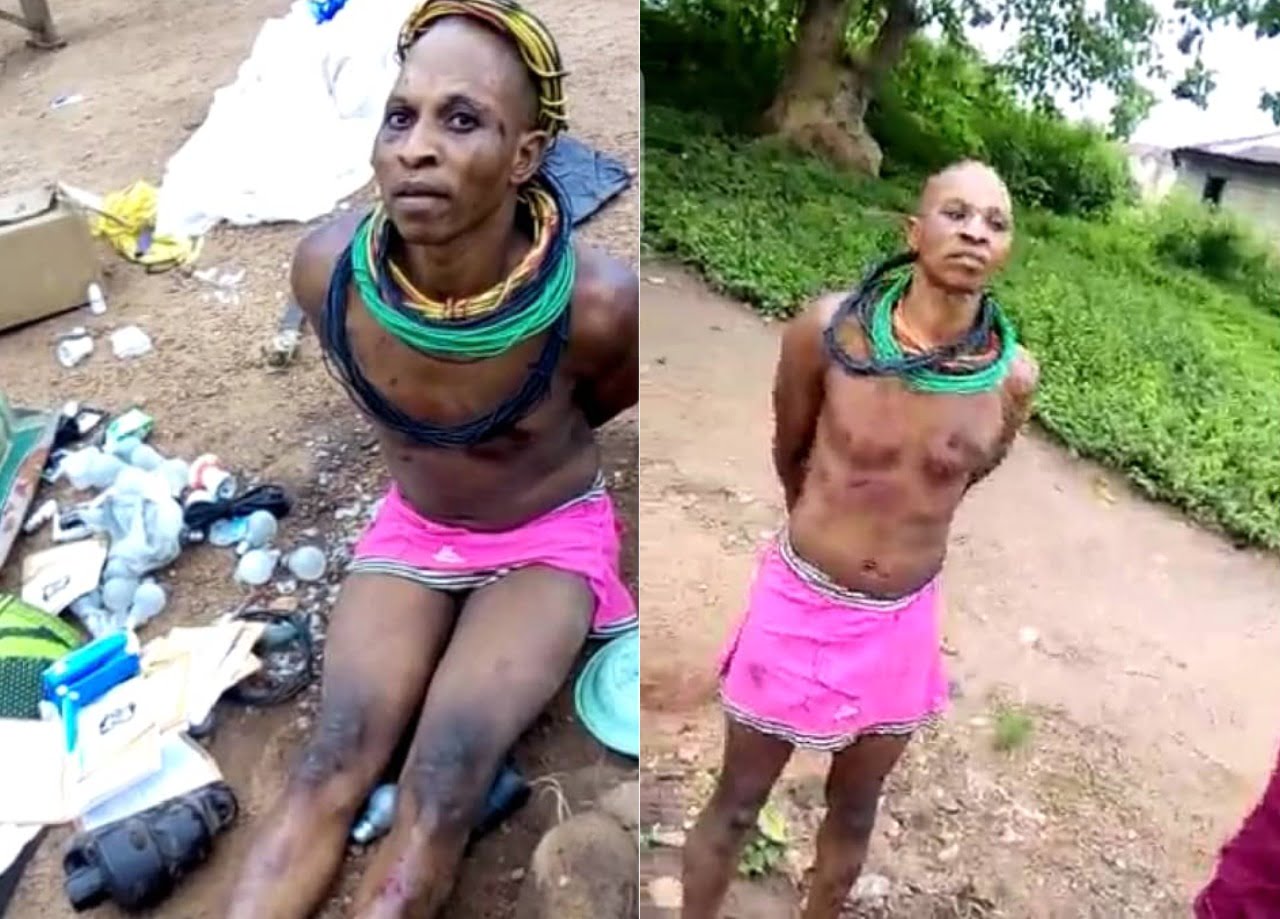 A notorious burglar, Ajibola Lateef has been apprehended by the personnel of the Osun Western Security Network, Amotekun Osun, on Monday, at Asamu, in Ola-Oluwa Local Government of Osun State.

Information made available to DAILY POST at the point of arrest by Amotekun personnel revealed that Lateef has been terrorising Asamu and Telemu, two towns in the Local Government, with charms and other dangerous weapons.

He met his waterloo when one of the residents of Asamu town got in touch with the security outfit as he was about to perpetrate another evil act.

The security outfit swung into action, arrested him as he was trying to sneak into the house of the residents and promptly handed him over to the personnel of the Nigeria Police, Ola-Oluwa Division.

When contacted, the Field Commander of Osun Amotekun Corps, Amitolu Shittu, confirmed the arrest, adding that during interrogation, the suspect confessed to the crime.

Amitolu also revealed that the suspects had been handed over to the Ola-Oluwa Police Division which is investigating the crime.

According to him, “He was arrested by the operatives of Amotekun after a distress call was made by residents of the town.”.

Amitolu explained that he confessed to terrorising the two towns armed with charms and dangerous weapons.

On enquiry, it was made known that the case has not been transferred to the Osun State Police Command, Osogbo.