Concern over naira as dollar drops 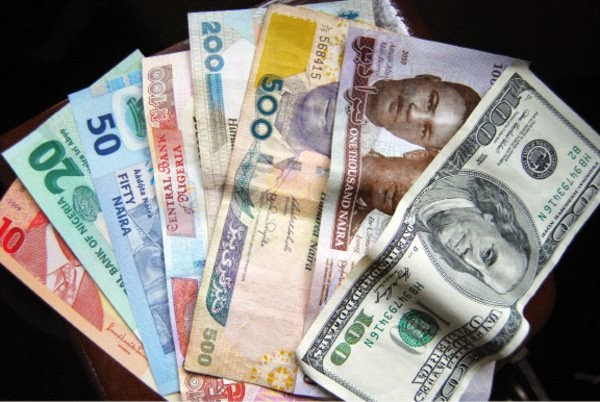 The dollar sank to its lowest level in more than two months as the currency market adopted a markedly dovish view on the United States monetary policy after data showed the economy virtually stagnating in the first three months of the year.

But as the market awaited the outcome of a meeting of the Federal Reserve policy makers, government bonds and equities on both sides of the Atlantic also came under pressure, according to Financial Times.

This was particularly so in Europe as the euro broke above key resistance levels, further aided by more signs that the European Central Bank’s quantitative easing programme was helping to ease deflation pressures and improve credit conditions.

By midday in New York, the dollar index — a gauge of the currency’s value against a weighted basket of peers — was down 1.1 per cent at 95.09, the lowest since the end of February. In mid-March, the measure reached a 12-year high above 100.

An analyst at Afrinvest West Africa Limited, a research firm, Mr. Ayodeji Ebo, said the drop in dollar might not impact the naira immediately.

He, however, said that if the fall persisted, it might affect foreign portfolio inflow.

He said, “The fall in dollar’s value may affect the FPI if it persists; it may not have direct impact on the naira immediately. However, it may have a very little impact if it persists for a long time.”

The US economy grew at an annualised pace of 0.2 per cent in the first quarter, according to the preliminary estimate from the Department of Commerce — well short of the expected one per cent expansion and down sharply from the 2.2 per cent rate seen in the fourth quarter of 2014.

Analysts highlighted that the data — at least to some degree — reflected temporary factors such as port closings and bad weather, and suggested there could be a repeat of the pattern of recent years of a soft first quarter followed by a rebound.

“Since 2010, the average rate of first-quarter real GDP growth has been 0.6 per cent, versus an average of 2.9 per cent in the remaining three quarters,” noted Michael Gapen, an economist at Barclays.

“We expect a bounce back in growth to 3.0 per cent in the second quarter, driven by a solid 3.5 per cent rise in personal consumption. However, some of the weakness in structures investment and net trade is likely to persist as the effects of a stronger dollar and lower oil prices constrain activity in these sectors of the economy over time.”

The move in the dollar contrasted sharply with the action in government bond markets, where the yield on the 10-year US Treasury bond jumped by nine basis points to 2.06 per cent and that on the equivalent-maturity German Bund leapt 11bp to 0.28 per cent.

Data on Wednesday showed that German consumer prices fell 0.1 per cent in April, for a year-on-year increase of 0.4 per cent — up from 0.3 per cent in March.

“German headline inflation should gradually continue to increase,” said Carsten Brzeski, an economist at the ING.

“However, as long as even the largest and strongest eurozone economy does not show any signs of inflationary overheating, the ECB will continue QE and hush any tapering discussion.”

Other figures showed that private sector loans in the eurozone had risen in March for the first time since May 2012.

“Improved bank lending supports the recovery and we continue to look for GDP growth of 1.6 per cent in 2015, compared to the consensus of 1.4 per cent,” said Pernille Bomholdt Nielsen, senior analyst at Danske Bank.

Divyang Shah, global strategist at IFR Markets, noted the US and eurozone data releases but added that his preferred explanation for the action in currency and fixed income markets was simply that positioning had once again become stretched.

“The two favoured core positions over the last few months were to be long eurozone bonds and long the dollar,” he said. “Since 10-year Bund yields hit a low just under 5bp [last week] both of these trends had come under pressure with little in the way of further upside.”

The Fed was not the only central bank in action on Wednesday. Sweden’s Riksbank unexpectedly left interest rates unchanged, although it did announce a SKr40-50bn expansion of asset purchases.

But the sharp drop in the dollar failed to provide a boost for gold, with the metal down $2 at $1,209 an ounce.

Kindly Share This Story: Ethiopian election officials announced on Saturday that the planned June 5 election has been postponed until an unknown date.