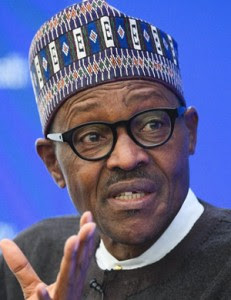 The Presidency has said that the Government of President Mohammadu Buhari has not forgotten the welfare packages of all staff and security operatives working at the presidential villa, Abuja, but working to streamline the payment methodologies.

The clarification came against the backdrop of speculations by the staff that the government of the day had refused to pay them for over one year now.

Enquiries revealed that President Mohammadu Buhari had directed the office of the National Security Adviser, NSA to evolve a comprehensive welfare package plan that would ensure transparency and accountability.

A top presidential source which craved anonymity pleaded with the staff to be patient with the committee set up by the the National Security Adviser (NSA) to the president retired Major General Babagana Munguno on the directives of President Muhammadu Buhari to submit its report.

“We want to do it and do it well so that those who are supposed to be paid X and X amount of money get what is due. It takes time but we want to do it in such a way that even after President Muhammadu Buhari’s government, the system will continue.

“I plead with all staffers to be patient with Mr. President so that the good work been done by the NSA on the directives of the president for a better welfare for staff will soon take effect,” the source said.

According to the source, the welfare package “is designed in such a way that beneficiaries will receive their money without a third party and the NSA is very thorough about this and that’s why it is taking this long.

It is slow but it will surely come and when it comes everybody will be happy about it”. Explaining the delay in the commencement of the welfare package, the source said “on coming to office, Mr President discovered that staff of the State House were been paid allowances that were not documented.

So when the issue came to the knowledge of the President, he directed the NSA to look into the case and it was discovered that the sources of funding the welfare package was illegal and unsustainable. So Mr. President then directed Munguno to design a more accountable means of paying the allowances.”

The source stated that under President Buhari “you should not expect the NSA to dip his hands into funds that he cannot account for to pay staff welfare .

In the first place how will he explain it to the president and secondly how does he sustain it? Under the past administration, the office of the NSA was illegally collecting monies from the Central Bank Nigeria (CBN), the Nigeria National Petroleum Corporation (NNPC) to share around. That is no longer possible under the Buhari’s government.”

Basing his submission on the principles of accountability, the source said that “President Buhari instructed Munguno come up with a legitimate means of funding the payment of those allowance as part of the overall effort to clean up that office”.

The source also lent some credence to the person of the NSA, saying that as a retired soldier, he would not fail the security operatives. “As a military commander Munguno is famous for caring for troops under him.

If you go to the Guards Brigade today, there is what is called the “Munguno Allowance” which is owed to him as the name implies. The NSA is a welfare man. So nobody should blame him for the delay because he wants to do a clean and enduring job for staff of the state house”, the source added.

Reemphasizing the position of the government, the Senior Special Assistant to president Mohammadu Buhari on media and publicity, Mallam Shehu Garba said that all Villa staff would be paid in less than no time.

“All security staff in the state House are on salary and they are being paid as at when due. On coming to office, this administration found out that allowances were being paid to such staff by the office of the National Security Adviser,NSA without following due process. “Under the Muhammadu Buhari administration, you are not going to have the NSA going to the Central Bank or NNPC to fetch money to share around.

That is not going to happen. To this extent, the President directed General Munguno, the current National Security Adviser to devise clean, lawful means of paying those allowance as part of the overall effort to clean up that office.

“The NSA is working through a committee to clean up the office and fashion out modalities for the payment of improved allowances to all such staff. That committee should be finishing its job in about a month. Payments will commence thereafter.

“My advice to all such staffers is that they should exercise a little more patience, to support the good work that the NSA is doing to better their welfare in a way that conduces to due process.

As a military commander, Gen Munguno is famous for caring for troops under him. If you go to the Guards Brigade today, there is what is called the “Munguno Allowance” which is owed to him as the name implies.

The NSA cares. “At the end of the ongoing exercise, every security official in the Villa will be happy with the outcome”, he said.

Nigeria Police Recruitment 2020: How To Apply

“Move With Me To PDP Or Be Fired” – Obaseki Tells Councillors, Appointees

COVID-19: No increase in airfares – FG

Nigeria’s Service Chiefs and a nation devoid of history

Kindly Share This Story:Lt.-Gen. Tukur Buratai is still the Chief of Army Staff  By Isaac Ikpa It astounds infinitely to listen to even learned and experienced Nigerians

Kindly Share This Story: The Ethiopian government says it has identified three people believed to have been behind the killing of Hachalu Hundessa. According to the