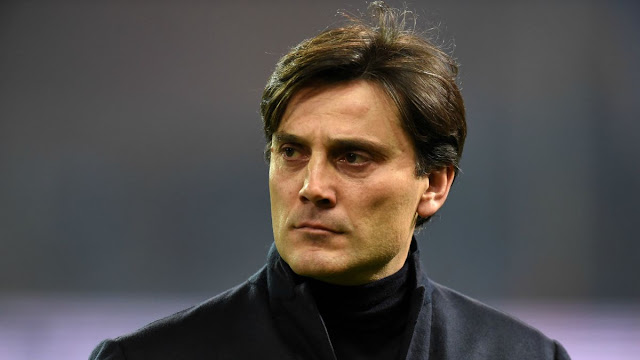 AC Milan have appointed Vincenzo Montella as their new manager.

The 42-year-old will sit on the Rossoneri bench next season after signing a two-year contract.

He replaces Cristian Brocchi, who filled the position for the final third of last season following the sacking of Sinisa Mihajlovic.

Montella, who guided Sampdoria to safety after replacing Walter Zenga early last season, had been a Milan target before they chose Mihajlovic last summer and a year on their long-awaited collaboration could finally begin.

Earlier on Tuesday, reports emerged that the club would have to wait to appoint Montella until club president Silvio Berlusconi fully recovered from a recent heart operation, but the team has now moved ahead.

"Vincenzo Montella is our new coach, he has signed a two-year contract which begins on July 1," a club statement said.

"It is the belief of the club that the style of play of the new Rossoneri coach will be the basis of a fruitful and positive collaboration.

"A heartfelt thanks to Cristian Brocchi for the enthusiasm, preparation and intensity with which he approached his career as Milan coach with the youth team, the Primavera and the first team."

Brocchi reportedly asked to be released so he can accept the job at Serie B club Brescia.

Montella started his coaching career at Roma in 2011 before a year at Catania, then moved to Fiorentina, where he finished fourth in three straight seasons. He then helped Sampdoria finish 15th.

A group of Chinese investors has until the end of the month to complete a takeover of the Serie A club from Berlusconi's control.

Yahaya Bello explains why Fani-Kayode is yet to join APC