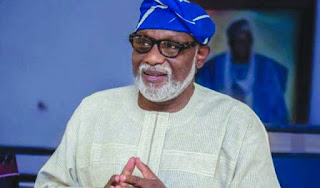 No fewer than four persons have been killed in Ondo town in a clash between two cult groups.

According to a source, the two rival cult groups were fighting over the move of some former members of the All Progressives Congress who had earlier defected to the Alliance for Democracy but planned to return to the APC.

The clash was said to have started at the APC secretariat located at Yaba Street in Ondo town before it spread to different locations in the town.

After the clash, bodies of those killed were found at Enuowa Street.

Some residents of the street told our correspondent that one of the cult members killed wore APC-branded clothes used at the inauguration of Governor Rotimi Akeredolu.

He said the command had commenced investigation into the killings.

Joseph, however, noted that the clash had nothing to do with the reception organised for former Governor Olusegun Mimiko in Ondo town on Friday.

He said, “It was a clash between cult groups. The deceased were members of the groups and we have begun investigation on the incident.”

Joseph also stated that the command had arrested two people in connection with the clash. He noted further that the suspects were under interrogation to know their level of involvement in the case.

Meanwhile, the Deputy Chairman of APC in the state, Mr. Ade Adetimehin, has denied the allegation that APC members were involved in the clash.

He said members of the APC in the state were law-abiding and would not be involved in violence at any level.

“I don’t know those who were involved in the clash. But I am sure that they are not members of the APC,” Adetimehin stated.

Your allegations against me, baseless, lies, Fani-Kayode reacts 0

After Buhari’s Shoot on Sight Order, See What Soldiers Did to 5 Fulani Men Caught With Guns (Details below)

VICE-PRESIDENT Constantino Chiwenga whose previous two divorce cases revealed that he is loaded with money, property and businesses has completed building a new luxurious mansion

THE high-profile corruption investigation against police Commissioner-General Godwin Matanga, among other cases, has been stalled by the failure of a key state witness, former Procurement