Recession will end before December - FG 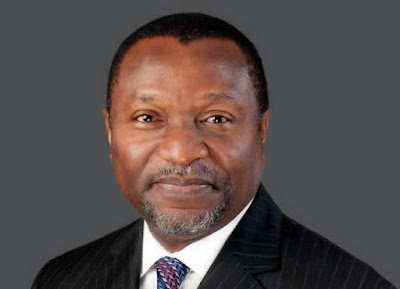 Nigerians got yesterday some cheery news – the recession that has kept everyone panting will end before the year runs out.

The yet to be passed 2017 Budget has been structured to achieve the goal, Budget and Planning Minister Udoma Udo Udoma told State House correspondents at the end of the Federal Executive Council (FEC) meeting.

He said: “Yes, we are determine, to get the economy out of the recession before the end of this year. And the 2017 budget is structured to do just that.

“So that is why we are anxious to get the budget passed so that we can begin the implementation and begin to take all the steps we need to get the economy out of recession.”

The ministry briefed the Council on the National Bureau of Statistics Third Quarter GDP Report and the full report on 2016.

“I also informed council of the release of the Economic Recovery Growth Plan which is already on the website of the ministry of budget and National Planning as well as the Budget Office,” Udoma said, adding:

“With regards to the NBS report, as you are aware, the fourth quarter of the economy contracted by 1.3 per cent, which is lower level of contraction than the previous year and which indicates that we are already turning and we are beginning to recover even though we are still in recession.

“And the overall result was better than what many people projected. The IMF report had thought the GDP for 2016 was going to be -1.8 per cent and it turned out -1.5, so that’s better than expected but we are not out of the woods.

“It is encouraging but we have to do and continue to do more to make sure that we get the economy out of the recession this year.

“So we are encouraged but we are even more energised to put in more effort in agriculture, which is doing very well to do even better. To put in more efforts in solid minerals to make sure that our infrastructure is revamped because that is what will stimulate our economy, if we continue in this way.”

Udoma went on: “You saw yesterday the acting president went to break ground for the railway from Lagos to Ibadan all the way to Kano. As you know, the economic recovery and growth plan focuses on three objectives; one is restoring growth and that is what we are determined to do.

“Two, inviting our people; our people are our greatest resource and three, building a competitive economy because ultimately the economy cannot do well unless it is competitive.

“And as you know the five priority areas that we have are one, stabilising the micro economic environment. Two, achieving agriculture and food security. Three, ensuring energy sufficiency – power as well as petroleum products. Four, improving transportation infrastructure and five, driving industrialisation, focusing on small and medium scale enterprises. So we are determined with this plan to make this economy great again. We are determined by the end of the plan to move from the negative growth that we experienced in 2016 to the growth rate of 7 per cent by 2020.”

After divorcing the world richest man, MacKenzie marries a teacher at her kids’ school 0

I feel “really let down” by my father, Prince Charles - Prince Harry 0

Senate President sympathises with victims of fire disaster in Yobe 0

With Justice Ngwuta’s death, Mary Peter-Odili to become S’Court No 2, but may never be CJN 0

NYSC Batch A: Date for Stream II confirmed as corps members fail to get posting 0

Osinbajo is a man to follow – VP’s Spokesman, Akande 0

COVID-19 vaccine: Yahaya Bello standing on side of truth – Group 0

Okowa felicitates with Osinbajo at 64 0

IWD2021: Creating schools with equity of opportunity is key to building prosperous future 0

Vector and M.I give a sneak peek of their joint project A CROWN OF CLAY 0

Women should be careful not to be emancipated from being subjects of men, but turned into objects of men 0

Mohadi falls: Who is my brother? 0

Bulawayo has 14 months supply of water 0

PDP sources speak on 2023 presidency, reveal zone that may get party's ticket 0

Having a public office holder with intellectual depth like Osinbajo is refreshing, says Rewane 0

IWD 2021: Comedian Bovi celebrates 10 most important women in his life, says his wife is number 1 0

Court sentences man to death by hanging for killing father 0

Reps, FG push for establishment of medical varsity in Niger 0

No one is leaving PDP in southwest – Secondus 0

Enugu community disassociates itself from N100M lawsuit against UNN 0

Collection of certificates: We are not extorting students, LASU cries out 0

Encomium as Ogunsan hails Onikoyi at 90

The Oyo state police command has accused members of the Oodua Peoples Congress (OPC) who were involved in the arrest of Iskilu Wakili, a

After divorcing the world richest man, MacKenzie marries a teacher at her kids’ school

I feel “really let down” by my father, Prince Charles - Prince Harry

Prince Harry said that he  “really let down”   by his father Prince Charles, heir to the British throne.   He