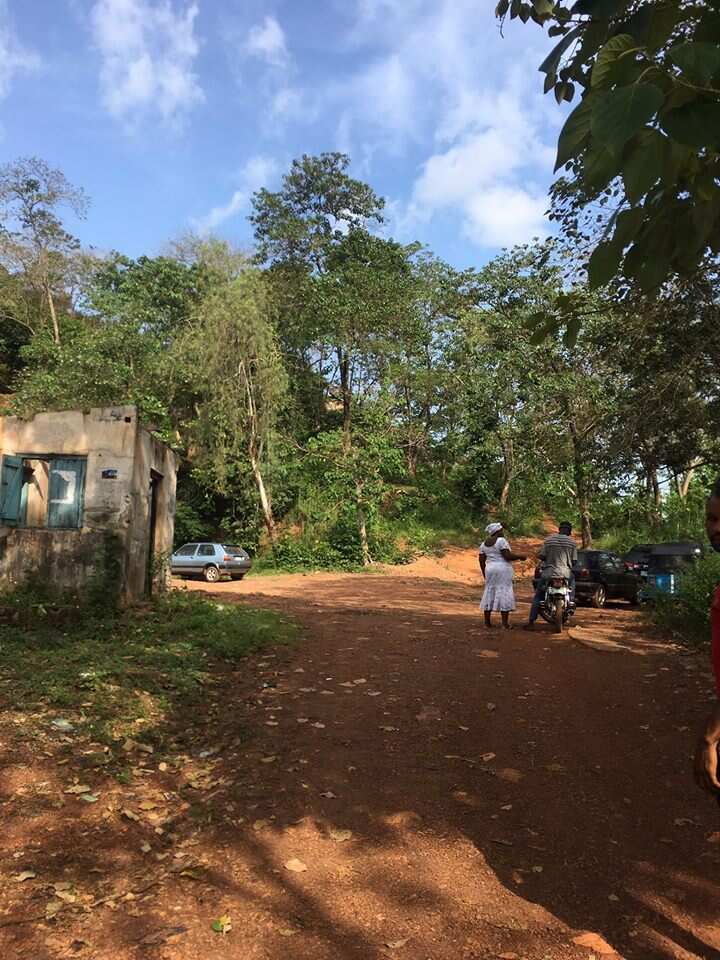 A place in Abakalili, the capital of Ebonyi state, where young people are allegedly chained to trees near human rights office, has been found.

Legit.ng reports that a Facebook user, George Onmonya Daniel, wrote on his page that he was an eyewitness to the place where an acclaimed pastor chained young people to trees under the guise of healing them of mental illness through prayers.

He said he had conversation with the chained young men, adding that they told him they had not eaten for days as some of them were said have looked so emaciated.

Daniel wrote: "I was in Abakaliki, the capital of Ebonyi state, about six weeks ago and I saw people being chained to trees just closed to the Human Rights office. It was horrible.

"I had conversation with them and they told me they had not eaten for days. Some of them looked so emaciated I felt like crying. I gave out money and fed them that afternoon.

"I also went to the human rights office to report this. They told me they were unaware. I went back the next day to see the man keeping these people in chains, believe me the man is a deranged pastor that needs to be in a psychiatric hospital.

"He has an illusion that he is a healer and he heals people with mental illness through prayers. Yesterday, the Nigerian army saw a little malnourished child chained to a tree and saved the child.

"The problem is the Ebonyi state government and civil rights organizations who see this happening and ignore it. All these government people do is party. They don’t want to know and even if they know they don’t care, they don’t want anybody to spoil their party.

Meanwhile, Legit.ng had previously reported that pastors are usually held in high regard, particularly by Africans because they see them as representatives of God and His word.

It was reported that this led to several sour stories because rather than being logical, people prefer to listen to their religious leaders.

A female pastor was said to be arrested alongside her aides in Luweero, Uganda, after a five-month-old child died in their care.

It was reported that the mother of the child, Asineyi Biira, complained that her baby was sick, and the female pastor, Viola Nassanga, convinced the mother to hand the child over for prayers.