Black Christmas: Family, friends in tears as 7-year-old Guatemalan girl who died in US custody is buried (photos)

- Jakelin Caal, the seven-year-old Guatemalan migrant who died in the US custody has been buried

- She was buried on Tuesday, December 25 in her village in Guatemala

The 2018 Christmas Day celebration was a sad one for the family and friends of Jakelin Caal as the seven-year-old Guatemalan migrant who died in the United States custody about two weeks earlier was finally laid to rest.

The seven-year-old girl who died in the custody of US border authorities earlier this month was bid farewell in an open-casket funeral on Christmas Day in her native Guatemala, Aljazeera reports.

Heart-wrenching photos from the funeral show friends and family gathered around the casket of Jakelin Caal Maquin in her home village of San Antonio Secortez on Tuesday, December 25.

READ ALSO: Buhari will hand over to Atiku come May 29 - Buba Galadima Jakelin died on December 8, two days after she was taken into custody at the border. Credit: Al Jazeera
Source: UGC

Jakelin and her father, Nery, made it to the US on December 6, crossing the border into New Mexico with a group of more than 150 others.

They were detained by Customs and Border Protection agents, taken into custody, and on December 8, Jakelin was pronounced dead.

“We barely slept last night,” Domingo Caal, Jakelin's grandfather said, as he walked down a muddy trail to the simple grave of cement blocks he and other men from the community constructed in a small cemetery.

On Monday, December 24, a wake was held, with neighbours and others from nearby communities visiting the family.

“This should be a very special day for them,” said Ilvera Cuz, Jakelin's grandmother. “They should be preparing tamales to celebrate Christmas. But they left everything and are here supporting us to share in this pain.” 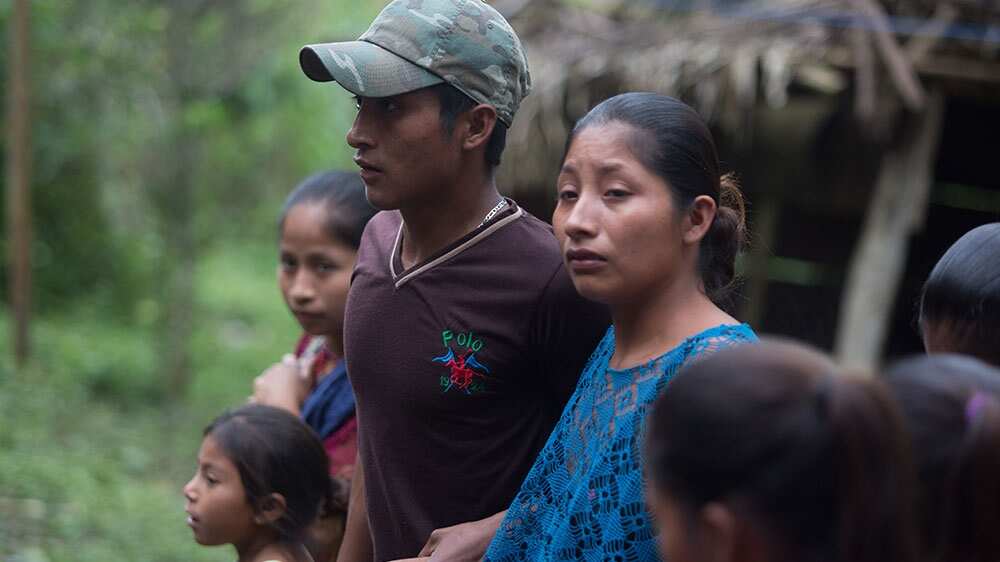 The US Customs and Border Protection (CBP) initially said Jakelin died of dehydration and shock, a claim the family refutes. The official cause of death is pending as the autopsy results are being finalised.

The administration of US President Donald Trump, who has implemented a "zero tolerance" policy at the border, has been under increased pressure from rights groups over the way migrants and refugees are treated both at the border and once in the custody.

The United Nations special rapporteur on the human rights of migrants, Felipe Gonzalez, called on US authorities to investigate the case.

“The government should also address failings within the immigration system, and specifically within the US Customs and Border Patrol agency, to prevent similar situations,” Gonzalez said in a statement earlier this week.

Jakelin and her father were driven to flee to the US due to the extreme poverty, rampant inequalities and lack of opportunity in rural Guatemala.

Nery had briefly worked on a palm oil plantation, but according to his brother, Carlos Caal, was fired after six months for demanding better pay.

The brothers earned 65 quetzales a day (about $9), yet nearly half went to transportation and food each day.

Like many others, they went to the US, looking for better opportunities for themselves and their family.

According to the CBP data, more than 72,000 Guatemalans, primarily children or family units, were captured trying to enter the US southern border between October 2017 and September 2018. Nearly 30,000 others were captured at the beginning of the fiscal year 2019, which began in October.

Meanwhile, a report by the International Rescue Committee’s emergency response has ranked Nigeria among ten countries in the world likely to be deluged by humanitarian crisis in 2019.

In the report available on its official website, the IRC said 21 countries were on its watch list before bringing it down to 10 with Yemen topping the table.

Legit.ng notes that Nigeria was placed in the eighth position, with the international rescue agency adding that the Africa's most populous country has been subjected to series of attacks from Boko Haram and lingering inter-communal crisis.