Terrorism: Time for introspection in the media By Philip Agbese (Opinion) 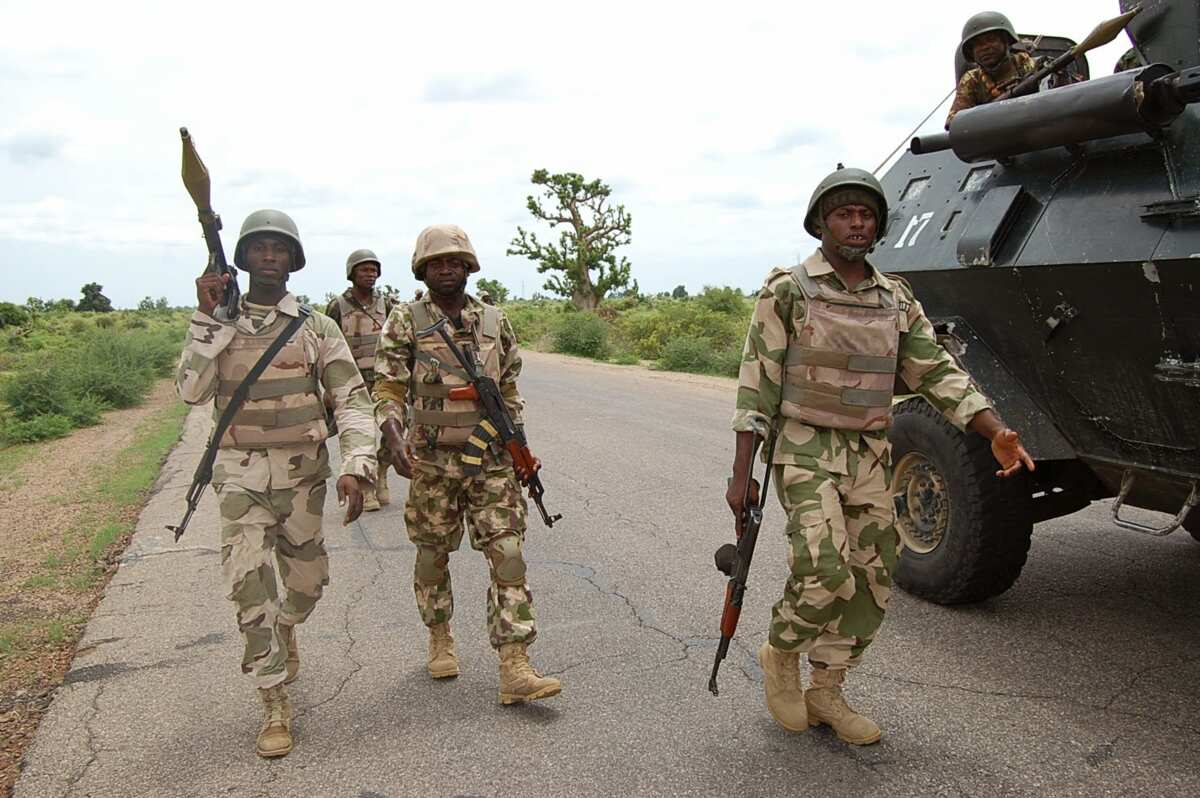 Editor's note: Philip Agbese, a human rights activist and researcher at the Middlesex University, London writes on the fight against insurgency by the Nigerian military in the northeast.

Agbese also highlights the roles expected to be played by the media in the anti-terrorism fight and nation building.

We’re ready to trade your news for our money: submit news and photo reports from your area using our Citizen Journalism App.

Where terrorism and the war against it is concerned, the mainstream media in Nigeria are competing on at least four fronts.

These contests, while they may be seen as typifying a robust media that is unencumbered by censorship, are growing to become a serious threat to the country.

Media orgnizations are in a race among themselves to see who will dish out the goriest details, divulge the most military operational details, give the highest casualty figure, and of course be the first with the news – breaking news!

The mainstream media have placed themselves neck to neck with bloggers, social and new media accounts in the race to see who delivers the most salacious occurrence about the cat and mouse between the military and Boko Haram terrorists not minding that they do not have the same legal challenges as their new found competition.

The international media are equally a competition for the local media that now try to outdo their foreign counterpart in reproducing anti-Nigerian Forces rhetoric.

Add to that the more recent and certainly bizarre context between the media in Nigeria and international non-governmental organization that they want to outstrip in activism forgetting that with this practice goes their fairness, balance and objectivity, since they must necessarily take sides to do activism.

This unhealthy contest has manifested in media organizations dropping the ball in too many instances. Recent weeks has seen major newspapers reporting about plans by the military to carry out operations in Baga.

A newspaper reported how the military was preparing a massive operation to retake Baga and other towns.

The argument of whether Baga and the other towns are under Boko Haram control is subject to debate since the Army had clarified that these towns were not under terrorists’ control, but that is not so much the issue.

The concern here is whether it is appropriate to report in a manner that alerts the terrorists that the military will soon launch an attack on them.

It is even more worrisome that the reports in question went on to give details of what battalions are mobilizing, where they were located and what areas they will likely carry out their operations in addition to, for the trained mind, hints about the military inventory being deployed.

It is logical to argue that Boko Haram terrorists would have, through their own intelligence gathering and fifth columnists in the military, learn about the deployment.

This would imply that the reports announcing the impending military operations would not necessarily contain what the terrorists do not already know.

But if this is the case one would question why these newspapers are not regaling their readers with news about Boko Haram’s planned attacks.

The same crack investigative journalism skills that allowed the reporters and editors to quote unnamed “military sources” should naturally place them in position to quote unnamed Boko Haram sources.

News organizations have to ask themselves about the extent to which their reports form part of intelligence gathering for Boko Haram terrorists.

It is amazing how media outlets rush to report the acquisition of new hardware with specifications that practically tell the terrorists how to counter the newly acquired capabilities.

Again, the same organization do not report on delivery of new weapons to Boko Haram terrorists and by who.

Another worrisome development is the choice of words, expressions, terminologies and context. Because a more and more contents are being taken from foreign news wires and also from social media accounts, sometimes of persons with affiliation with terrorists, the copies that get published end up sounding like something edited by Abu Qaqa, or whoever is the current official spokesperson of Boko Haram.

In other climes, groups that are attacking a country are properly designated to reflect their anti-state profile unlike the growing trend where even respectable media houses are beginning to accord Boko Haram the status of a sovereign nation going by the expressions used for reporting them.

For instance, there is a sense of glee beneath the way many newspapers have reported the concept of terrorists levying residents of communities in the Lake Chad region. Conversely, the same outfits presents the Nigerian military as the occupation force.

An expected reaction to this piece, or anyone that questions this failure to respect the time honoured requirement not to report in a manner that compromises the nation’s military, is for some reactionaries to bring up about the freedoms guaranteed by democracy.

A befitting answer to this is to draw attention to a piece by Judy Silverstein Gray in Poynter which stated that “While freedom of speech remains an inalienable right, issues of homeland security sometimes pose a challenge in war coverage.

Military public affairs specialists often have to juggle getting the word out with homeland security threats.”

Peter Y. Sussman in an article, "Resolving Ethical Conflicts in Wartime" published by the Society of Professional Journalists, identified areas in which journalists should be asking questions before publishing a story in a war situation.

It is arguable if media organizations, local or international, bother about interrogating these issues anymore where Nigeria’s war on Boko Haram is concerned.

But given the potential for harm, it is time for a deep introspection in the media in Nigeria. Practitioners should begin to question why they have unwittingly, wittingly for some, become propaganda staff of Boko Haram in the way they do their jobs.

It should take more than a desire to beat the competition, measure up to foreign news organizations, or be seen as outshining bloggers to reduce oneself into a full blown terrorist by conduct.

The prescribed introspection required that the media arrived at the understanding that rules of engagement are needed when reporting the war on terrorism.

The rules must not just be framed and adopted, the media must adhere to whatever is agreed as their rules of engagement. The military does. The judiciary does. Even thieves and bandits do too. But hardly do one see journalists making the efforts to observe such even when the security of the country is at stake.

The media and its practitioners must realize that assuming the terrorists successfully destroy the Nigerian state, the media will be the next because a liberal media is an antithesis to the extreme beliefs held by Boko Haram terrorists. So the media will be saving more than Nigeria, it will be saving itself, if it presses a reset button that places the reporting the war on terrorism in proper perspective today.