Elections 2019: No political party should be blamed for the postponement - Okorocha 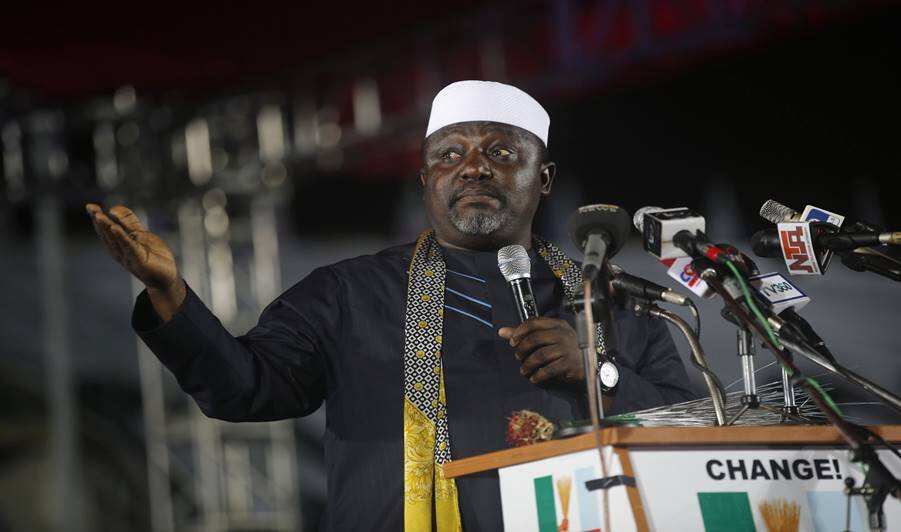 Governor Rochas Okorocha of Imo state says no political party should be blamed for postponement of the February 16, 2019 elections by the Independent National Electoral Commission (INEC).

In a statement in Owerri on Sunday, Okorocha attributed the postponement to challenges faced by INEC, recalling that this was not the first postponement of elections in the nation’s history.

He further said that the ruling All Progressives Congress, (APC) was ready for elections, describing the postponement as regrettable.

He urged INEC to ensure that all issues were ironed out within the week to ensure seamless elections in the country.

“The postponement of the election by INEC is an unfortunate development and also regrettable, but it is important to note that no political party should be blamed for the postponement, but rather on the challenges facing INEC.

“This is also not the first time the nation will witness such development during elections, it happened in 2011 and in 2015 respectively.

”I only want to urge INEC to use the week of postponement to resolve all the challenges it has and ensure that Nigerians have a smooth, free and fair elections.

He also urged Nigerians to show patriotism by maintaining peace and understanding.

Meanwhile, Legit.ng earlier reported that the chairman of the Senate committee on petroleum (downstream), Senator Kabiru Marafa, alleged that Governor Abdulaziz Yari of Zamfara state is responsible for the sabotage that led to the postponement of the 2019 general elections.

The All Progressives Congress (APC) senator described the postponement as unfortunate, while insisting that Governor Yari is the cause of the shift in dates.

The senator cited the governor's recent comments that if his candidates are not included in the ballot paper, there won't be elections in the country. The senator and the governor are currently battling for the soul of the Zamfara APC chapter, after disagreements over primary elections last year.

NAIJ.com (naija.ng) -> Legit.ng: We have updated to serve you better!

Some of our people traveled for this election, Anambra residents lament| Legit TV

Frank Edwards – We Worship You 0