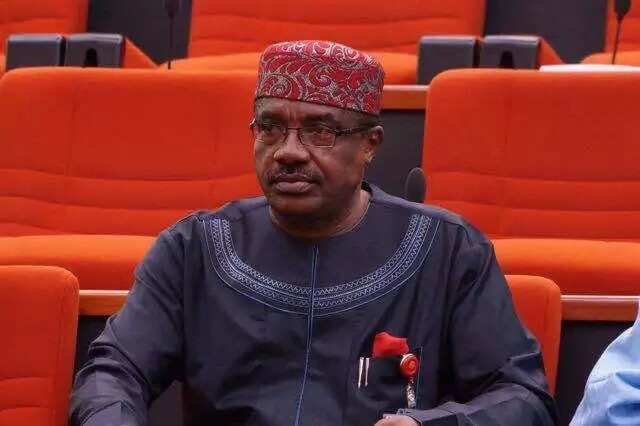 The Sun reports that the senator made himself available to the police around 3:30pm Wednesday afternoon.

Ohuabunwa was reportedly quizzed by the police over his alleged involvement in the February 23 election.

When contacted, Abia state police public relations officer, Geoffrey Ogbonna, said he was yet to be briefed on the matter.

Meanwhile, Legit.ng earlier reported that the Independent National Electoral Commission (INEC) has said 574 candidates from 43 political parties would feature in the Saturday, March 9 governorship and House of Assembly elections in Abia state.

Joseph Iloh, INEC resident electoral commissioner in the state, on the sideline of the commission’s stakeholders meeting in Umahia on Wednesday, March 6.

Iloh said 39 of the candidates are for governorship election while the rest 535 are for the state House of Assembly poll.

According to him, 39 senatorial and 93 House of Representatives candidates contested in the February 16 presidential/National Assembly elections in the state.

He said Saturday’s elections would be conducted concurrently, adding that the commission is fully prepared for a very good election on Saturday.

2019 Election: Atiku heads to court to contest election result, can he win? | Legit.TV