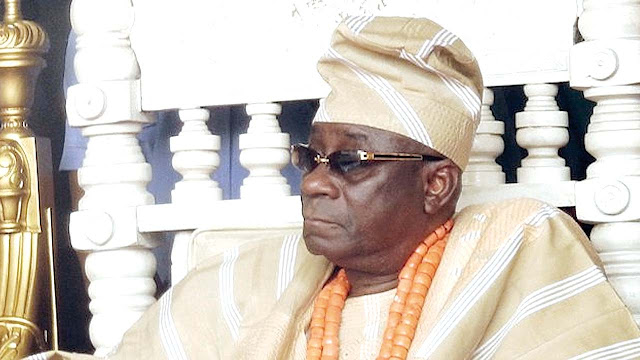 A high court sitting in Ikeja, Lagos state has dismissed a suit seeking to remove Rilwan Akiolu, as the oba of Lagos.
According to TheNation, A. Candide-Johnson, the trial judge, in a ruling, held that Adedoyin Adebiyi and Rasheed Modile, the claimants, who are two members of the Lagos royal family, failed to prove their case.
In May 2017, Akiolu had appeared before the court in a suit challenging his emergence as the oba of Lagos, saying he is the bona fide monarch.
“I am here to justify my appointment, you cannot build something on nothing, it will be broken,” he had said.

“By native law and customs and by law, I am the bona fide Oba of Lagos,” said Akiolu, who was accompanied to the court by 10 white cap chiefs.”
Adebiyi and Modile had claimed that Akiolu is not entitled to the throne because he is not a member of a ruling royal family by not being a direct descendant of Oba Ado, the first oba of Lagos.
The duo further alleged that proper customary rules and procedures were not followed when he was appointed as Oba in May 2003.

Just in: All is not well with this country - House of Reps raises issues over continued killings, insurgency 0

Rerun: Akpabio has been rejected in Akwa Ibom state - Group 0