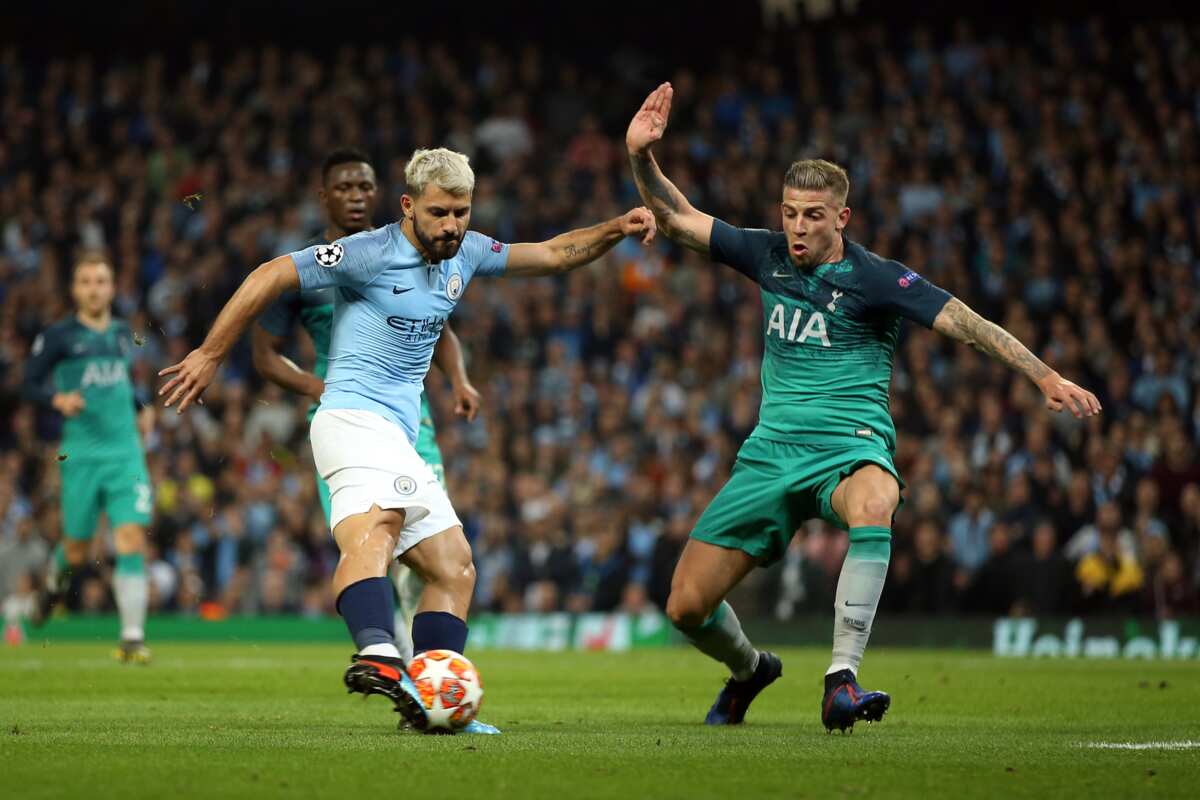 Reigning Premier League champions Manchester City have been sent out of the 2018/19 Champions League despite beating rivals Tottenham 4-3 on Wednesday night, April 17.

Pep Guardiola's men crashed out on the away goal rules as the first leg ended 1-0 in favor of Tottenham and qualified on 4-4 aggregate.

It was goal galore encounter as the duo of Raheem Sterling and Heung Son scored a brace each at the Etihad Stadium.

Manchester City opened scoring in the 4th minute through Raheem Sterling who benefited from an assist by Kevin De Bruyne.

But Spurs restored parity in the 7th minute through their man of the moment Heung Son who went ahead to give his side the lead in the 10th minute.

Bernardo Silva scored City's second goal in the 11th minute after an assist from Sergio Aguero before Sterling netted his brace in the 21st minute with an assist from De Bruyne.

Sergio Aguero gave Manchester City fans a great hope when he scored the fourth goal in the 59th minute gaining an assist from Kevin De Bruyne.

But the visitors scored again in the 73rd minute through Fernando Llorente who was set up by Kieran Trippier for the match to end 4-3.

Earlier, Legit.ng had reported how Arsenal reportedly joined other Premier League sides in the race to sign Tottenham defender Toby Alderweireld when the ongoing season comes to an end.

The North London club are keeping tabs on the Belgian center-half as they look to the summer transfer window.