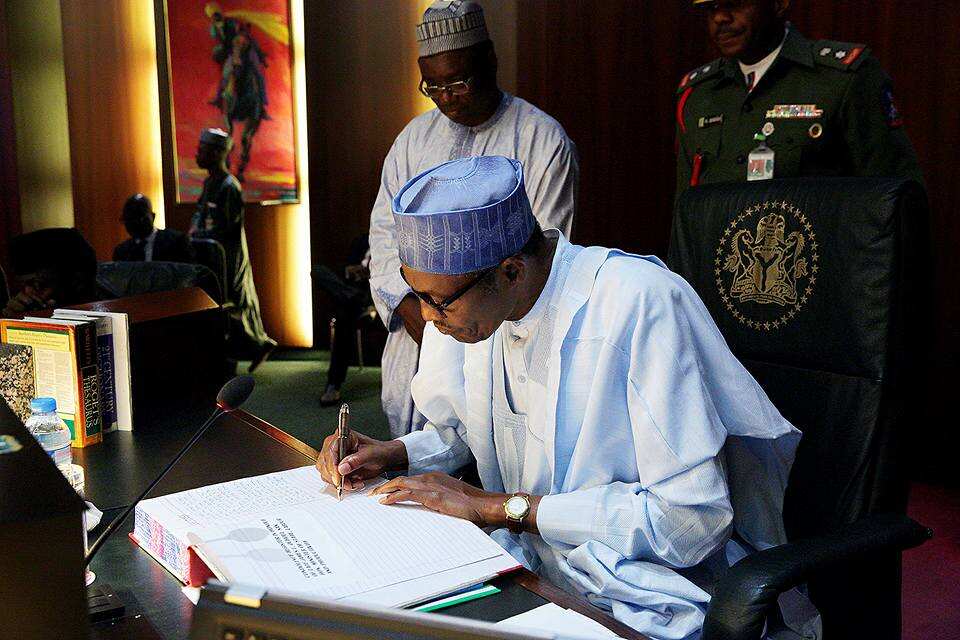 This followed presentation of the bill at plenary by the Leader of the Senate, Sen. Ahmed Lawan.

The Upper Chamber equally passed six other bills that were hitherto passed and vetoed by Buhari.

READ ALSO: I am far more qualified to be president than you - President Buhari to Atiku

The passage of the bills followed clause-by-clause consideration by Committee of the Whole.

President Buhari had declined assent to the bills passed by the National Assembly citing several reasons, including duplication of responsibilities of existing agencies, financial constraints, violation of extant laws, to lack of consultation with relevant stakeholders.

Following the non-assent to the bills, the Senate inaugurated a Technical Committee on Declined Assent to bills, to work on the observations.

The committee thereafter recommended some of the bills for another passage, some for override and others for withdrawal.

While withholding assent to the Petroleum Industry Governance Bill (PIGB) in August 2018, the president expressed reservation with some responsibilities of the Petroleum Regulatory Commission.

He specifically kicked against the provision to retain as much as 10 per cent of the revenue generated by the commission, as well as expansion of the functions of the Petroleum Equalisation Fund (PEF).

In the new bill, the Senate agreed with Buhari’s submission and reduced the revenue generated by the regulatory commission from 10 per cent to five per cent.

It also removed the Petroleum Equalisation Fund (PEF) from the new bill.

It was first introduced into the National Assembly in 2008 as an executive bill by late President Umaru Yar’Adua.

It was re-introduced to the National Assembly in 2012 by former President Goodluck Jonathan.

However, the bill failed to get the constitutionally required concurrence from the Senate.

The bill seeks to create efficient and effective governing institutions with clear and separate roles for the petroleum industry.

It seeks to establish a framework for the creation of commercially oriented and profit driven petroleum entities to ensure value addition and internationalisation of the petroleum industry.

Furthermore, the bill seeks to promote transparency and accountability in the administration of petroleum resources of Nigeria, while fostering a conducive business environment for petroleum industry operations across the country.

Meanwhile, the Senate on Wednesday, April 17 rejected the Bill for an Act to phase out petrol vehicles by 2035 and introduce electric cars.

This followed observations by lawmakers on the impossibility of mandating Nigerians to stop the use of petrol vehicles.

Following the rejection, the sponsor of the bill, Sen. Ben Murray-Bruce Bruce, withdrew it.

Nigeria News Today: No Lawmaker is in the House of Assembly for the People | Legit TV