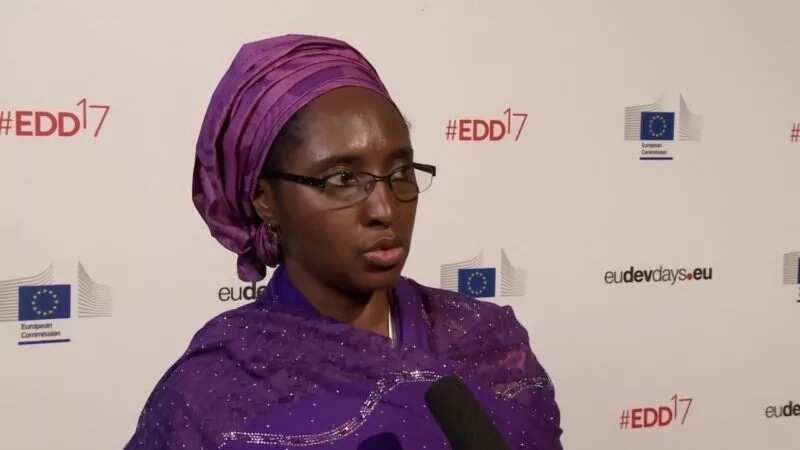 - The sum of $197.5m has been approved by the Federal Executive Council for the electrification project and Strategic Transport Master Plan for Lagos state government

- The loans were approved at the FEC meeting presided over by President Muhammadu Buhari in Abuja on Wednesday, April 17

The minister of finance, Zainab Ahmed, has said the sum of $197.5m has been approved by the Federal Executive Council (FEC) for the electrification project and Strategic Transport Master Plan for Lagos state government.

Legit.ng gathers that the meeting was presided over by President Muhammadu Buhari at the State House, Abuja.

According to the minister, $150m loan facility was approved from African Development Bank and $50m loan from African Grow Together Fund to finance the Nigeria electrification project.

She said: “The project is a nationwide initiative to be implemented by the rural electrification agency. The project aligns with the strategy of federal government on electrifying rural community.

According to Ahmed, the project has four components. She said: “First is solar hybrid mini-grid for rural economic development, the second is productive appliances equipment for up-grid communities and the third is energising education while the fourth component is institutional capacity building.”

The minister said about 500,000 people will be able to have access to electricity, adding that the maximum power that will be generated will be 76.5 megawatts, of which is 68,000 megawatts of solar.

She said the sum of $20m was also approved for the Lagos State Strategic Transport Master Plan.

Ahmed added: “This facility is from the French Development Agency. The objective of the project is to improve the living conditions of the inhabitants of Lagos urban area and to promote urban development sitting by efficient and effective transport system. The project has two major components, first is to rehabilitate urban roads and the creation of minimum of eight bus corridors and the creation of two multi-model inter-changes at Marina and Mile 2. The second objective is to provide technical support for implementation and management.

The senator representing Kaduna central senatorial district, gave the warning in a post on social media on Thursday, April 11.

Top 3 poorest countries: Where people have to live on a dollar a day - on Legit TV