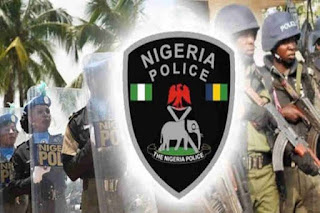 In a bid to stem the tide of police brutalities against the civil population, the police authorities have concluded plan to return all officers and men to the range from retraining on arms handling and proficiency.

The Assistant-Inspector General of Police for Zone 11, Adeleye Oyebade, who made the disclosure at the inauguration of the “Operation Puff Adder” at the Zonal Headquarters along Gbongan-Ibadan road in Osogbo, Osun State capital, said the police could not allow the little mistakes and errors continue to affect the achievements of the Force.

According to him, the new outfit, since its inauguration, has begun to yield positive results, adding that the IGP has directed that the outfit be replicated in all the zonal and state commands to complement existing security structures.

Oyebade, who said the police has the resources to prosecute the operation, assured that the Force has upgraded its technical platform to fight crimes, including kidnapping, armed robbery, cultism among others.

He said the new face of the Nigeria Police is proactive and will not allow crimes to overwhelm its officers and men.

Disclosing that the police has identified flash point and was battle ready to curtail criminal activities across the nation, he maintained that the police is strategic in its planning and operations.

He said the Zone 11 Police Command will soon hold a security stakeholders’ conference, where the Civil Society Organizations, Labour and Industrial Unions, Non-Governmental Organizations will be in attendance.

The police boss, therefore, called for patience and understanding of members of the public, advising them to always reach out to the police via the control rooms whenever they are in distress.

He assured that the police will respond promptly whenever called upon by members of the public.

COVID-19: No suspect is declared wanted in Enugu — Commissioner 0