In Nigeria, there’s nothing like ‘rich’… the battle is between the ‘poor and very poor’ -Rewane 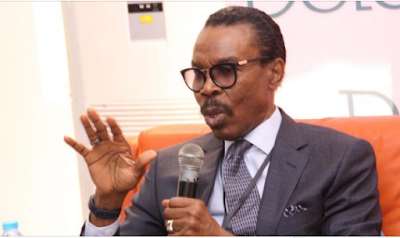 Bismarck Rewane, chairman of the presidential technical advisory committee on the implementation of the national minimum wage, says the battle in Nigeria is “between the poor and the very poor” as the number of the rich is insignificant.
In an interview with Saturday PUNCH, the economist explained that there is income inequality and this is also responsible for the growing security challenges in the country.
“Nigeria’s growth at two per cent is below population growth rate and employment requirements. Therefore, we are in a vicious cycle of poverty — a race to the bottom. So, we should stop all these things and see how we can grow,” he said.
“In Nigeria, I think it is between the poor and the very poor. So, there is nothing like ‘rich’ in Nigeria because the rich are so few that they don’t even count. It is a battle between the poor and the very poor. After the very poor, you have those living in abject poverty. It’s a race to the bottom.

“It’s like a snake pit. In other words, nobody can come out of it. There is a battle for survival. If you’ve ever read the book, ‘Animal Farm’, that’s what it is. Because there is economic insecurity, it leads to social insecurity, which means that you are now reduced to your animalistic instincts in your battle for survival.
“So, there is income inequality and opportunity equality. But opportunity and income inequality are meaningless if there is no (economic) growth. When we now grow at the rate that can transform our lives, then you will see that the struggle and this battle — herdsmen (attacks) and so on — will reduce.”
He added that a state-by-state comparison of Nigeria’s performance showed that states where the economy is doing well, the economic impact is always negative because of social conflict.
He advised the government to shift its policies from the complications of distributing inadequate resources to how to grow the economy so that more resources and opportunities were available to the masses.
In January, President Muhammadu Buhari appointed Rewane to chair the committee to develop, and advise the government on how to successfully bring about a smooth implementation of impending wage increases.
Following submission of the committee’s report, Buhari  in Thursday signed the national minimum wage bill into law.
The senate had passed the bill on March 19, approving N30,000 as the new national minimum wage.