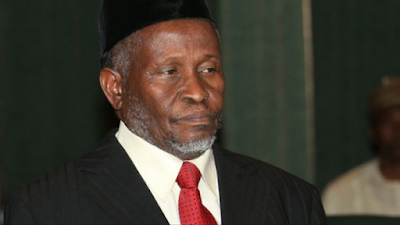 The National Judicial Council (NJC) has approved the request of President Muhammadu Buhari to extend the appointment of Ibrahim Muhammed, acting chief justice of Nigeria (CJN), by three months.
Soji Oye, NJC spokesman, disclosed this in a statement on Saturday.
The spokesman was reacting to a report that council will meet to deliberate on extension of the acting CJN.
Oye said the council met and approved Buhari’s request to extend the appointment of Muhammad by three months.