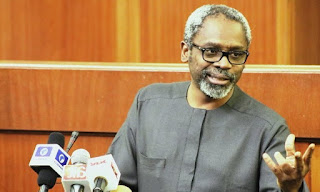 A northern group, the Arewa Youth Awareness Forum (AYAF) has kicked against the decision of the All Progressives Congress, APC, to adopt Femi Gbajabiamila as the next speaker of the House of Representatives.

A statement by the group, signed by its chairman, vice chairman and Secretary-General – Mohammed Sani-Kabir, Salisu Abdurrahaman and Ben Alege, respectively, said the endorsement was against the collective interest of the north ahead of 2023 presidency.

The group said it is backing members-elect that were opposed to the party’s candidate, saying the choice made by the APC was not the best option for the north.

AYAF said it is alarmed by the “dictatorial and insensitive manners” in which the party foisted the leadership on the two Chambers of the National Assembly.

AYAF urged the party leadership to allow members-elect to freely choose their principal leaders for the 9th National Assembly and urged members-elect to be guided by its extant rules in picking their leaders.

“We are also concerned by the fact that northern interests are being compromised with great implication for the future of the region.

“We also note with grave concern, the undemocratic posture of some party leadership which is already structuring a game plan for the APC’s 2023 presidential primaries and we note with delight the quiet but firm resistance of APC members who will not concede to being used for such game plans under the facade of party interests.

“We also urged lawmakers of northern extractions to resist any attempt by the party leadership to use them against the overall interest of the north,” the group stated.