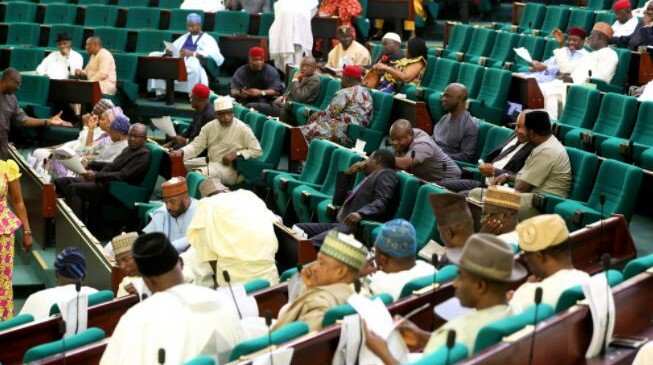 - The bill was first introduced in 2018 before it passed its third reading on Wednesday, May 15

The House of Representatives on Wednesday, May 15, removed the age discrimination against job seekers in federal government Ministries, Agencies and Departments (MDAs).

The removal of age restriction followed the passage by the lawmakers of “Bill for an Act to Eradicate the Age Discrimination against Job seekers in Federal Government Agencies,” which was sponsored by Sergius Ogun (APC, Edo) and Babajimi Benson (APC, Lagos), Daily Trust reports.

The bill was which was for a second time in 2018 and passed third reading after unanimous adoption by the lawmakers and Speaker Yakubu Dogara.

While Ogun was moving the motion for a third reading of the bill, he said the law will make sure no Nigerian job applicant is disqualified from government employment on age ground.

He also added that though the bill, when it becomes law would first take effect in federal government MDAs with the hope that private employers would follow later.

“It is a key responsibility of we parliamentarians, as representatives of the people, to ensure that no Nigerian job seeker is discriminated against with regard to age in employment opportunities in Federal Government Ministries, Departments and Agencies (MDAs),” he said.

He also said that the bill will ensure that the fundamental human right of job hunters are protected as it will also the number of unemployment in the country.

The Edo representative also lamented the situation where strike actions by the Academic Staff Union of Universities (ASUU) has dashed the hope of students to graduate on time.

Also, Benson, a co-sponsor of the bill, also added that s*ex, religion and ethnicity were also some of the bases for discrimination in government employment.

Deputy Speaker, Yusuf Lasun (APC, Osun) pointed out that the main aim of the bill has already been taken care of by relevant provisions of the 1999 Constitution as amended.

The bill was unanimously adopted and passed for third reading in voice vote carried out by Speaker Yakubu Dogara.

Reacting to the announcement, the group commended NFIU for the development, stating that the policy caters to the welfare of the people at the grassroots who are marginalised and discounted because funds meant for the development of their communities were diverted.