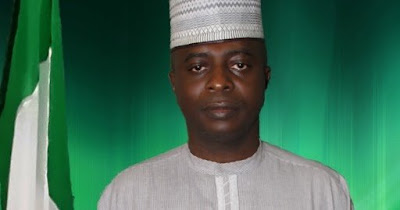 The governorship candidate of the Peoples Democratic Party in Kwara State, Razak Atunwa, has asked the elections petitions tribunal in the state to order the conduct of a fresh election in the state.

Atunwa, who is challenging the victory of AbdulRahman AbdulRazaq of the All Progressives Congress in the election, made the call on Wednesday as the tribunal began the pre-trial conference on the petitions filed before it.

The Action Alliance is also challenging the victory of the governor-elect.

The counsel to the PDP governorship candidate and the party, Kingsley Odeh, said AbdulRazaq was not qualified to contest the election.

He said, “Our reason is that the second respondent, at the time of elections, was not qualified. He gave false certificate to INEC.

“Second, that he gave false information in aid of his educational qualification. In other words, when such prayers are made, the tribunal will have to nullify the election and order for a fresh election.

“That is what we are seeking before the tribunal. We seek for fresh elections because the proper thing is that if the second respondent is disqualified, it is to order for fresh elections and not for the petitioner to be sworn in as the rightful winner.”

At the pre-hearing session meant to adopt petitioners’ responses to pre-hearing information sheet, applications before the tribunal were filed and adopted.

The tribunal’s chairman, Justice Bassey Effiong, who warned counsel against time-wasting, said that the tribunal would not extend the 14-day period for the pre-hearing trial.

Justice Effiong suggested that the petitions be consolidated by the counsel.