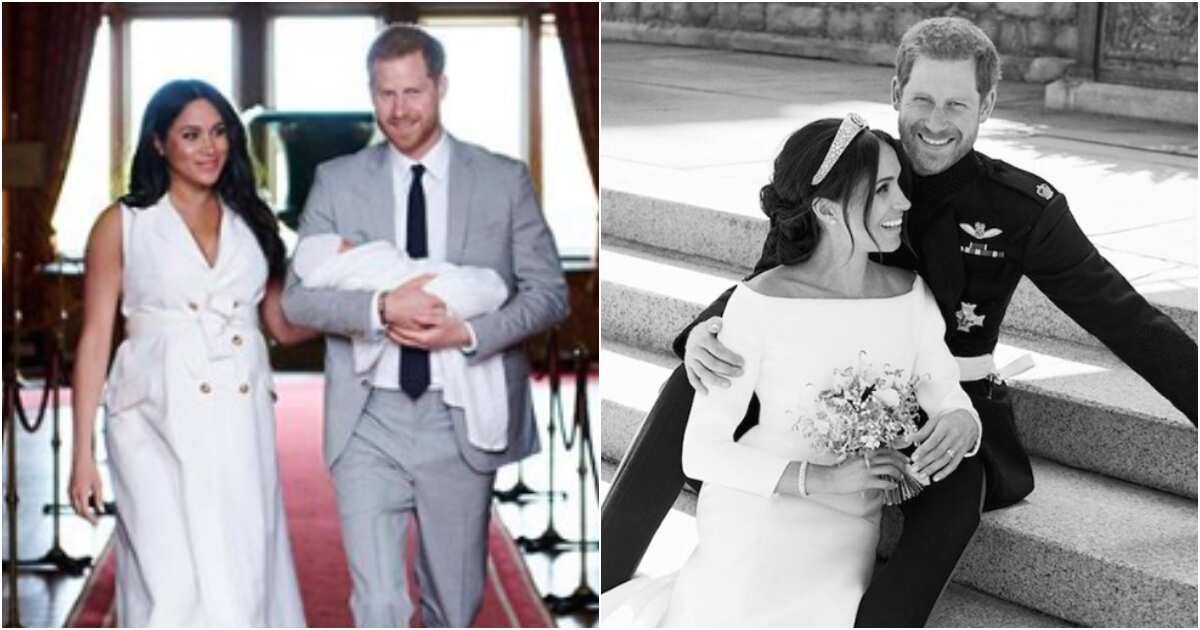 New parents and royal couple, Meghan Markle and Prince Harry, are celebrating their first wedding anniversary this Sunday, May 19.

Can you believe it has been a year since the Duke and Duchess of Sussex tied the knot? The wedding which took place at St George's Chapel within the grounds of Windsor Castle on May 19, 2018, had been attended by the elite of the elites.

Celebrities like Oprah Winfrey, Priyanka Chopra-Jonas, the Beckhams and more, not to talk about the dignitaries of England and the members of the royal family.

Aside from that, almost everybody in the entire world tuned in to watch the wedding of the century, especially Africans, who were excited that someone of African descent would be married to a British royal.

The couple has a lot to celebrate, their firstborn, Prince Archie Harrison Mountbatten-Windsor, was born this month on Monday, May 6, and now they celebrate the day they said their vows.

A video to celebrate the special day was released on the couple's official Instagram page, Sussexroyal. The video is a slideshow of the couple's photos together with the song, This Little Light of Mine, playing in the background.

It was stated in the caption that Meghan and Prince Harry chose the song for their recessional. Watch video below:

In another British royal news, Legit.ng had reported that expecting couple, Prince Harry and Meghan Markle, are reportedly considering moving to Africa. The royal couple plans on moving to Africa would focus on charity work and promoting Britain.