I was detained for criticising Buhari, says Bauchi cleric arrested by DSS 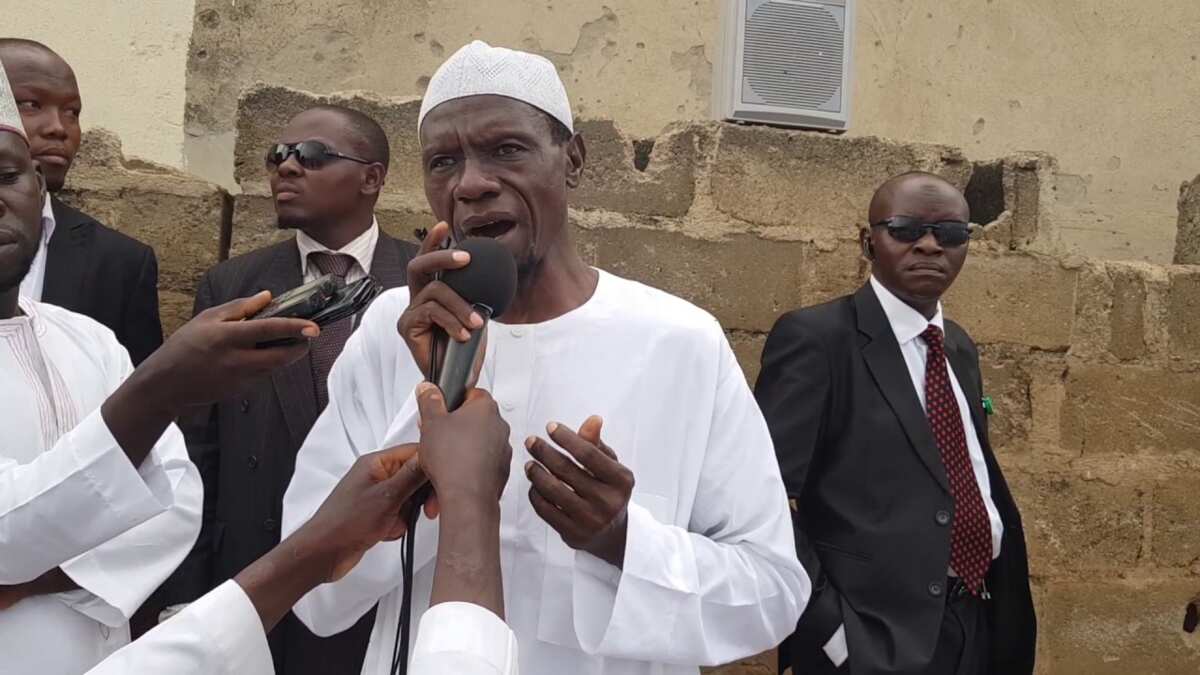 - Bauchi-based Islamic cleric, Mallam Idris Abdulaziz, who was detained and later released by the DSS has given details of the situation

- Mallam Abdulaziz also said he was later taken to Abuja, where he was further interrogated

Bauchi-based Islamic cleric, Mallam Idris Abdulaziz, who was detained and later released by the Department of Security Services (DSS), has revealed that he was arrested over alleged criticism of President Muhammadu Buhari.

The cleric, who was released on Friday, May 17, told Daily Trust on Saturday, May 18, that he was told at the Bauchi DSS office that he had been critical of the president in his sermons.

Mallam Abdulaziz also said he was later taken to Abuja, where he was further interrogated and told to be reporting to the Bauchi office of the DSS every week.

His words: “I was told categorically that I have been abusing the president in my sermons and other majlis (gatherings) and that they have the records. I challenged them to play one for me, but they could not present any as evidence.

“My criticism is now more pronounced because there is so much suffering and President Muhammadu Buhari is a northerner. It will be unfair of me to have criticised Jonathan, a Christian and spared President Buhari, because he is a Muslim.

“This is not what Islam teaches. Islam teaches equity and fairness in everything and to everybody regardless of his faith. Being fair by a Muslim is not towards Muslims only. Islam teaches us to be fair and kind even to animals not to talk of human beings.

“They told me to be reporting to the Bauchi DSS Command which I will start doing from Monday Insha Allah.”

On his appointment into the incoming Peoples Democratic Party (PDP) transition committee in the state, he said he did not request for it but that as someone “who wants to see positive change,” he accepted when the appointment was made.

The cleric added that he was later interrogated by another DSS officer, who questioned him about his family, businesses and other things including his Garu Vigilante Outfit.

“I told them everything and informed them that the outfit was duly registered with the Corporate Affairs Commission and I paid N500,000 to be registered by the Civil Defence and we are now in the process of getting a final approval for the outfit. That was why I refused to open offices in some states despite requests for their services in those states.

“The outfit consists of both Christians and Muslims. I provided employment to many youths because their services are being utilised by corporate bodies as well as individuals. They are being paid salaries out of which we take some to run their operations. We take N3000 or N2000 from their salaries as running cost depending on how much they are paid which is N15,000 and above,” he said.

Recently, a Katsina-based Islamic cleric, Mallam Aminu Usman, popularly called “Abu Ammar” was invited and detained by men of the DSS in Katsina.

Abu Ammar’s arrest on Tuesday, May 14, was based on a pre-“hudba” sermon he made where he berated President Buhari’s administration over nonchalant attitude and worsening insecurity across the country.