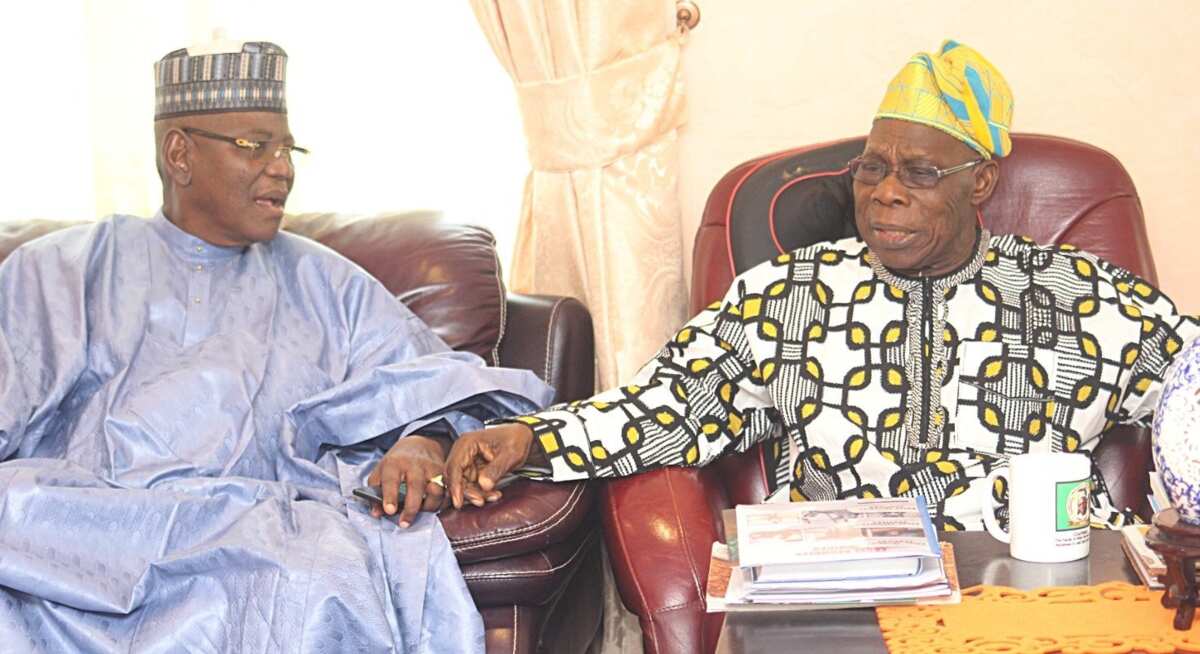 - A former governor of Jigawa state, Sule Lamido, has called on ex-president Olusegun Obasanjo to withdraw a statement credited to him about Boko Haram agenda

Former president Olusegun Obasanjo has been advised by a former governor of Jigawa state, Sule Lamido, against transforming himself into a religious and ethnic bigot because of his disappointment with the current administration.

Lamido, who is Obasanjo's political ally, called on the former president to withdraw the statement credited to him that Boko Haram has an agenda of ‘Fulanization' of West Africa and 'Islamization’ of Africa, Premium Times reports.

Legit.ng gathers that Lamido's call to Obasanjo was contained in a press statement sent on Sunday, May 19.

Condemning the activities of Boko Haram, Obasanjo was quoted as saying: “It's no longer an issue of lack of education and lack of employment for our youth in Nigeria which it began as, it is now West African Fulanization, Islamization and global organised crimes of human trafficking, money laundering, drug trafficking, gun trafficking, illegal mining and regime change.”

“Please sir don’t let your disappointment with sitting presidents turn you into a bigot. You must not abandon the national stage.

“The cracks along the various divides in our National cohesion are already turning into huge gorges."

Meanwhile, Legit.ng previously reported that former President Olusegun Obasanjo on Saturday, May 18, claimed that the aim of Boko Haram is ‘Fulanisation’ of West Africa and Islamisation of Africa.

Obasanjo said this in a keynote address at the 2019 Synod of the Church of Nigeria (Anglican Communion), held in Oleh, Isoko South council area of Delta state.

He spoke on the topic ‘Mobilizing Nigeria’s human and natural resources for national development and stability'.