10 important qualities women look for in a man 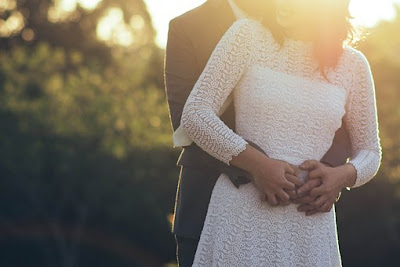 Not every woman is alike. We love different shades of makeup, hairstyles, and even fashion but when it comes to men, we more often, we want almost the same things in men. So important things should we look out for in these species, here’s the baffled guy’s guide to finding what makes women tick.

Honesty. When in a relationship, you sign the binding contract that whatever you say henceforth is the truth and nothing but the truth. That is what she expects; honesty in its completeness. You lose the right to tell her that she looks nice when she doesn’t or her hair is fantastic when it’s really a mess. She doesn’t want her feelings being fooled with under the pretext of “not wanting to hurt her”. Be honest with her, she can handle it. Tell her the truth, and as long as you take care not to hurt her feelings, she’ll be happy, even grateful for it.

Sense of humor. Due to our raging and imbalanced hormones, we women tend to snap and get upset at every slighted opportunity that presents itself. It isn’t our intention; it is how we are designed. And for that, all we need from you guys is to make us laugh and drive our blues away. A sense of humor is paramount and will work in your favor if you possess it. But do not overdo it, be yourself at all times.

The ability to protect. It is a woman’s natural ambition to stand up for herself when beat down but we won't deny that once in a while, it won't be such a bad idea to have the men take care of and protect us. Nothing pleases us more than the “you’re safe with me” assurance.  Offer to walk her home; if it’s late in the night, put an arm around her protectively if you sense other men making advances, and inspire confidence that she is safe with you. Do not hesitate if you have to take a stand for her. The safer a woman feels with you, the more she’ll respect you.
Intelligence. Sapiosexual is the word that revolves in the head of a woman. There is nothing sexier than an intelligent man who can hold an intelligent conversation. When it comes to making important decisions, women expect men to be in charge and to make the right moves. Being with an intelligent partner affords them a certain reassurance that their needs and demands will be well satisfied with better communication and understanding. Try and understand her needs and appreciate her point of view.

Loyalty. A casual relationship doesn’t mean you can have a harem mentality- you know, ‘till death do you both part’ being a commitment-phobe. Simply be loyal to the woman you are dating. It’s insulting for her if the man she’s with hits on other women. When out on a date with her, give her your all – pay attention to what she’s saying and make her feel like she’s the only one you care about, right there, right then.

Chivalry. Who says chivalry is dead? What most do not know is that little things count including good manners. It makes women feel special when guys go that extra mile. You don’t have to go out of your way to impress her, little gestures like holding doors, reaching for her hand to help her out of the car and offering to fix things around her apartment work like magic.

Manners and hygiene. There is nothing as beautiful as a well-groomed man. Women prefer men who are well groomed. Sloppy isn’t an excuse neither is a dirty apartment. Take the trouble to dress smart and smell well. And please, do not leave the toilet messy. Mind your language in front of women. Be mindful to return calls and don’t hang up on herm can be perceived as rude. If you are going to be late for a date, call her in advance and apologize.

Respecting her space. No one likes his or her space being encroached. As close as we want to be to someone we are with, overdoing that might be a tad disturbing. It only scares her off. Encourage her to spend time with her girlfriends, or to do her own thing in a nice way. Don’t make her think you also don’t want to be around her. Let her be moody and cranky once in a while and suppress the urge to ask her – ‘Are you PMSing?’ You’ll only infuriate her further. Give her time…and space. Let her be.

Being a friend first. “Part-time lover and a full-time friend…” goes the popular song by Moldy Peaches. Well, that best sums up what women want in a man. Express your affection through simple gestures and small gifts – an impromptu massage and a heartfelt note don’t just cost a thing, but they can make a woman fall in love with you all over again. Be a friend, talk to her without judging her and let her know you’re there for her, come what may.

Not being clingy and desperate. Take it from a woman – guys who try too hard to impress a girl, end up putting her off. Do not look too needy or act desperate. Women have special sensory powers to sniff out men who try too hard. The last thing a woman wants is to have a clingy guy hanging outside her door. Be cool and confident, and trust me, she’ll want you even more!