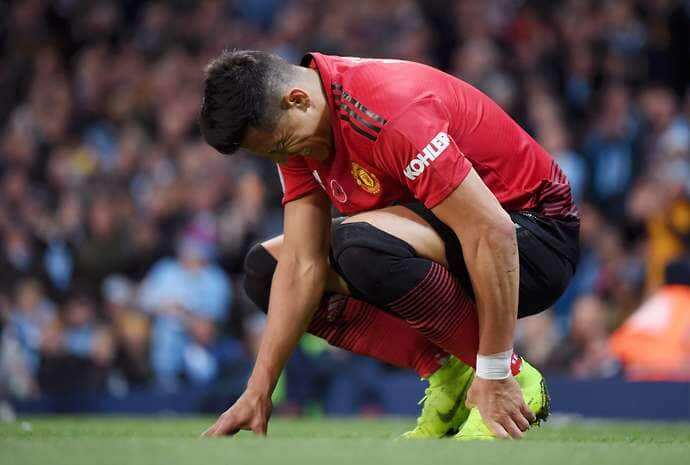 - Alexi Sanchez has had a difficult season with Manchester United

- He scored just once in the Premier League, struggling throughout with injuries

Manchester United flop, Alexis Sanchez, has reportedly resolved to cut short his summer holiday in the hope of getting back to full fitness after a dreadful season at Old Trafford.

Sanchez endured a difficult campaign riddled with injuries, scoring just once as he dropped down the pecking order under former boss, Jose Mourinho.

The former Arsenal star is now said to be keen to prove fitness even as he seeks a move away from England to reactivate his spark.

He is currently on holiday back home in Chile, but according to reports, he intends to make an early return to Carrington Training Complex for the preseason.

Whereas the rest of the squad members are expected back on Sunday, July 2, Sanchez has lined up his return in late June to hit the gym hard in a move aimed at proving his readiness for the new season.

“Alexis is planning to come back earlier than July 2 and 3 which is the official start date of pre-season training," the UK Sun quoted a source at Old Trafford.

“We are also expecting Luke Shaw and Phil Jones towards the end of June, which is again purely off their own back," the source divulged.

His representatives are currently in the market in search for a new club for him, and have already held talks with Juventus and Inter Milan over a possible return to Serie A.

However, the winger's current £500,000-a-week wages are proving to be a stumbling block, with potential suitors demanding he takes a pay cut.

Meanwhile, Legit.ng had reported that Paul Pogba must table a transfer request to be allowed to complete a switch to Real Madrid from Man United this summer.

According to UK Sun report, the French midfielder has informed Red Devils chiefs he wants to move to Santiago Bernabeu to enable his play for childhood hero Zinedine Zidane.#