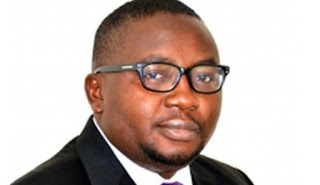 The Oyo State Governorship Election Petition Tribunal has dismissed an application filed by Adebayo Adelabu, the governorship candidate of the All Progressives Congress (APC), to recount all the ballot papers used in the March 9 election.

Mr Adelabu and his party are challenging the declaration of Seyi Makinde of the Peoples Democratic Party (PDP) as the winner of the March 9 governorship election in Oyo state.

Mr Adelabu through his counsel, Titus Asaolu, had filed an application seeking to recount all the ballot papers used in the March 9 election.

Delivering his ruling on Monday, the three-member panel, chaired by Sirajo Muhammed, dismissed the application, adding that it would jeopardise the respondents’ right to a fair hearing.

The judge said that filling an application now to count all the ballot papers used in the election would amount to amending the petitioners’ pleadings.

He said that the time allowed to amend pleadings of all parties has elapsed and no pleadings can be amended at this stage.

Mr Mohammed said that the petitioners were also not consistent on the date the election was conducted as they were quoting different dates in their application.

The judge then dismissed the application and fixed June 10 for the commencement of the hearing, adding that pre-hearing has ended.