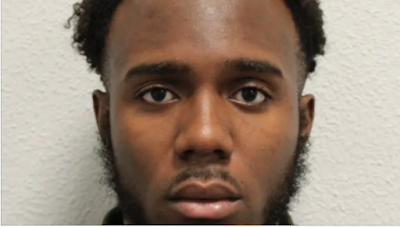 Three Nigerians have been sentenced to prison in the United Kingdom over conspiracy to “smuggle drugs and ammunition into the country.

A Woolwich Crown court had convicted 28-year-old Kennedy Udo, 22-year-old Michael Mgbedike and 27-year-old Emmanuel Okubote and sentenced them to a total of 40 years in prison.

They were convicted after an operation by the Trident and area crime command in collaboration with border operatives.


Udo and Mgbedike were nabbed in France during an operation on August 12, 2017 when they were caught with two loaded firearms, ammunition, a sound moderator and 990 grams of high purity cocaine.

“They were charged with firearms offences in January 2018 when a loaded firearm was recovered from an address in Torcross Drive, Forest Hill,” a statement by the Metropolitan police said.

“Detectives established that the men had made several trips to Amsterdam, via Eurotunnel, during the months of July and August 2017.

“It is believed that at least three importations of prohibited firearms and drugs had taken place. Okubote was established to be the main orchestrator in the conspiracy, using others with little or no previous criminal history to work for him.”

DC Sarah Smart of Trident said the conviction of the men demonstrates the close working partnership between the security agencies in pursuit of the country’s most dangerous criminals.

“Emmanuel Okubote, along with Michael Mgbedike and Kennedy Udo were intent on importing loaded firearms and drugs through the UK’s borders, bringing misery to the communities that we serve,” Smart said.

“The collaborative work between agencies, as well as between different departments and experts within the Met, has undoubtedly saved lives. This demonstrates that law enforcement agencies will relentlessly pursue those who carry, and those who facilitate the movement of firearms and drugs into and within the UK.”