How boy kidnapped in Kano was found at Canaanland, Ota — after six years 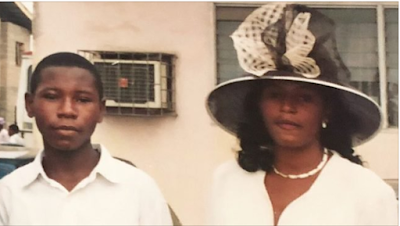 Samuel Abdulraheem was seven years old when he disappeared from his family home in Kano in the 90s.

According to BBC, the last of 17 children from a polygamous home, Abdulraheem was left with his nanny when he went missing.

Abdulraheem, who is now 30 years, recounted how he was taken through a journey by rail to serve as a guide to disabled beggars in Lagos.

According to him, he was taken to a one-armed woman who hired him out to blind beggars for N500 daily.

“All I remember is the train journey,” Abdulraheem said.

“I am not sure I had emotions then, just a zombie that knew he had to wake up and lead a beggar out. Make money, eat food and sleep, and the same routine the next day.”

While Abdulraheem was tending to beggars in Lagos, his family searched for him till they lost hope and assumed he was dead.

For six years, Abdulraheem guided blind beggars around Lagos and neighboring states. In those years, he added that five other young boys were brought to the woman and were also hired out to beggars.

“I was like a slave. I couldn’t say I wanted to go and do anything. I had to be around always,” he said.

HOW ABDULRAHEEM WAS FOUND

His elder sister, identified as Firdausi Okezie (pictured with him), who was in the university when Abdulraheem went missing, had finished her school and gone to Lagos in search of employment.

Okezie had converted to Christianity and was attending Winners Chapel in Ogun state when fate brought her in contact with her missing sibling in November 2ooo.

It was during the church’s five-day annual gathering of its members from all over the world.

Okezie, who was yet to get a job, was seated in the church, waiting for a carpenter to create a stall for her to display her tie and dye fabrics at the gathering when she saw a blind beggar being led by a boy she immediately recognised as her missing brother.

She took him along with her and later enrolled Abdulraheem in school up to his tertiary education.

However, Abdulraheem was expelled during his fourth year in Ahmadu Bello University in Zaria, where he was studying chemical engineering after he was caught writing another student’s answers during exams.

He now works as a supervisor on construction sites and hopes to go back to school when he has the finance.

Asked how he feels about beggars, Abdulraheem said, “When they see a beggar with someone, they should have a second thought that, possibly, this child could need help. Don’t just see and give money and walk away.”