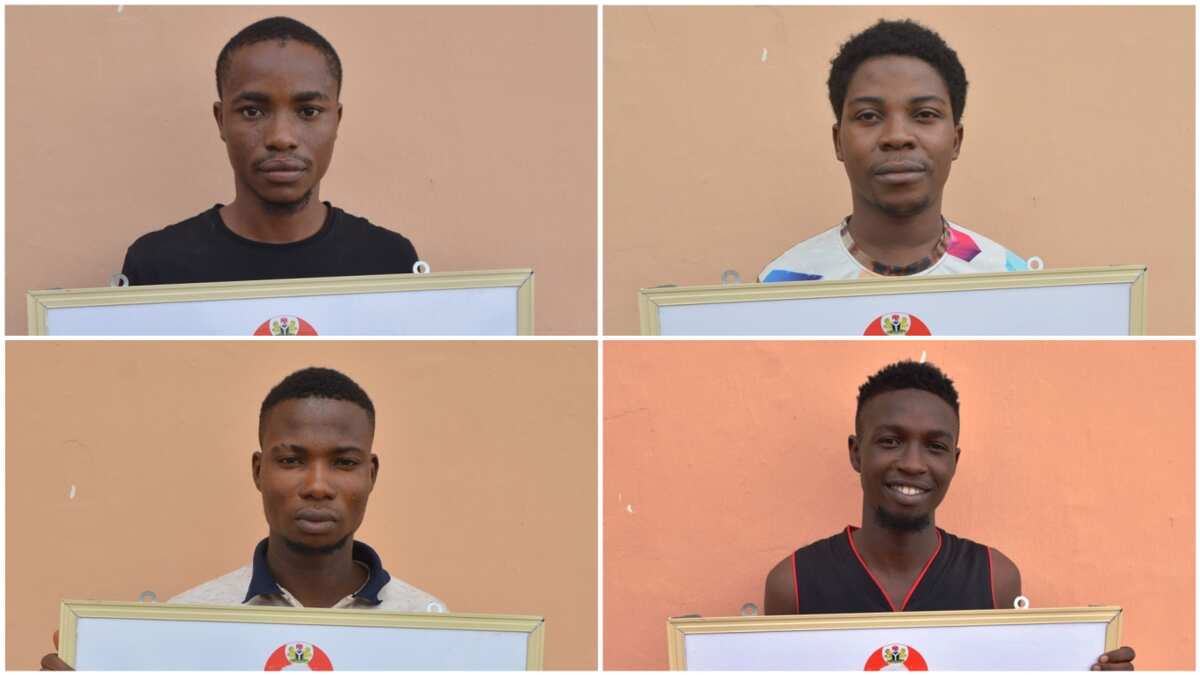 - Four internet fraudsters have been sentenced to jail

- The convicts all pleaded guilty to their charges

The Economic and Financial Crimes Commission (EFCC) of Ibadan zonal office on Wednesday, May 22, scored conviction against four internet fraudsters.

The anti-graft commission arraigned them before Justices Ibrahim Watilat and Mohammed Abubakar in Federal High Court 1 and 2, Abeokuta, Ogun state.

Their charges were later amended to one count before they were re-charged to court for sending p*rnographic pictures and fraudulent representation which is contrary to Section 22 (2) and punishable under Section 22 (2)(b)(iv) of Cybercrimes (Prohibition, Prevention Etc) Act 2015.

The convicts all pleaded guilty to their charges as they received their various prison terms while Ogunmefun and Abdulazeez got five month jail term each.

The payment will be done through the federal government of Nigeria to the victims, as the criminals will also forfeit their items to the anti-graft agency.

Tella and Olatunji were jailed for two and three months respectively where the former will forfeit the sum of N1 million, a Honda car, one HP laptop, one iPhone 8, and one Samasung X9.

Olatunji will also return the sum of $700 and €50 with One Infinix Note 4, one black Dell Laptop, and one silver HP laptop.

According to the official release made by the anti-graft agency on facebook, some of the suspects' names are: Adesanmi Abiodun, Olasupo Emmanuel, Segun Amudah, Aina Oladipo and Babatunde Olawuyi.

Can you date, marry a yahoo boy? | Legit TV