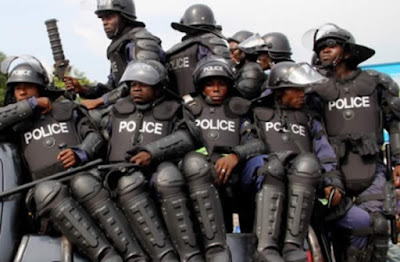 Police officers in collaboration with security personnel of the Redeemed Christian Church of God, RCCG have evacuated destitute comprised of couples with their young children, middle-aged men and women as well as the elderly.

Over 100 suspected homeless people have been evacuated from the Redemption Camp on the Lagos-Ibadan expressway.

According to the report, the evacuation was carried out by policemen and security personnel of the Redeemed Christian Church of God (RCCG).

The destitutes and families were said to have been dumped at different locations in Abeokuta, the Ogun state capital.


The raid by the policemen and RCCG security personnel were said to have happened at the worship ground in the early hours of Wednesday, May 22 and victims were apprehended. The destitute were said to have been forcefully carried into waiting vehicles as they drove them to Abeokuta under the cover of the night. The sight of the destitute at Oke-Sokori, Kuto and Iyana Mortuary areas of Abeokuta sparked tension among residents.

Some of the destitute, who claimed to have spent between six months and one year at the Redemption Camp, accused the church authorities of victimisation. The victims explained that the RCCG security operatives with policemen indiscriminately rounded them up during vigil service midnight on Tuesday, May 21 and threw them into waiting vehicles which eventually took them to Abeokuta.

When the head of media, RCCG, Pastor Olaitan Olubiyi, was contacted on the telephone, he was said to have absolved the church of any blame. Olubiyi denied the allegation that the church forcibly ejected the destitute from its premises, explaining that what the church did was simply to purge the camp of miscreants and others with criminal tendencies. His words:

“We have a system through which we screen those who genuinely come for prayers. We also have an approved way of taking care of the destitute in the church of God. “Whenever anyone comes for prayer, we do ensure that we properly document their data in our register to prevent criminal situations. But those ones you see illegally found their ways into the church. “Some of them were screened for the purpose of knowing their challenges and those with genuine accommodation problems were assisted. But you will discover that they change their addresses and still return to the church.”

Edo: PDP leaders begged me not to join APC – Ize-Iyamu 0

Why we adopted e-voting for election of deans ― LASU 0

“Coronavirus is a scam in Nigeria, I don’t care about it” – Actor, Mr Ibu 0

“If Someone Was Going To Die, I Thought It Should Be Me” – Boy Says After Fighting A Dog To Save His Sister 0

Rapper, Kanye West Drops Out Of 2020 US Presidential Race 0

“Maturity is when you breakup and still give your ex money till she finds a new man” – Rapper, Erigga 0

I Have No Favoured Candidate In Ondo APC Primary – Tinubu