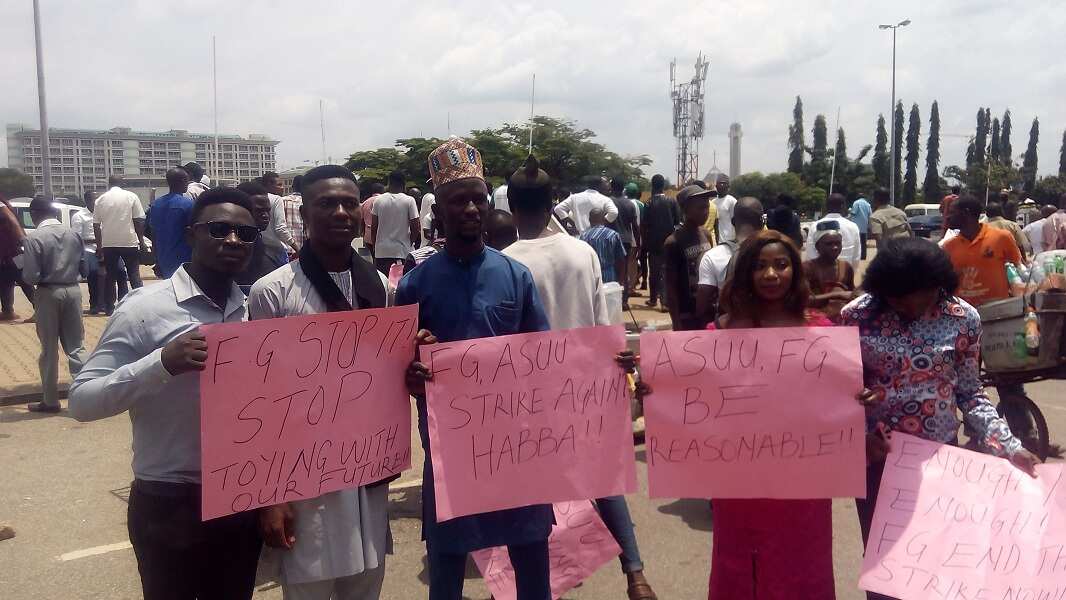 - According to the union, the money meant to be a part-payment of the Earned Academic Allowances is yet to be released by the FG

The Academic Staff Union of Universities (ASUU) on Thursday, May 23, threatened embark on another strike over federal government failure to keep its own side of the bargain on the 2019 Memorandum of Action.

ASUU's national president, Biodun Ogunyemi, while speaking in Abuja said the N25 billion which the federal government, through the Minister of Education, Adamu Adamu, said it had approved for the union was meant to be a part-payment of the Earned Academic Allowances is yet to be released.

According to Ogunyemi, the money was supposed to have been e been released in February.

Vanguard reports that President Muhammadu Buhari-led administration clearly lacks the academic disposition and humility needed to undertake the task of negotiation with the body for a better learning environment.

Ogunyemi said: “Since information on the amounts mentioned in the media went round, the ASUU has been inundated with enquiries on the union’s perspective to the story.

“Funding for the revitalisation of public universities has for years been of very high priority to ASUU.

“Reaching an agreement with the Federal Government has often been a frustrating journey for our union. It is often marked with protests, strikes and requires a conscious and focused engagement," Ogunyemi said.

Ogunyemi called on all Nigerians, parents and students including the Nigeria Labour Congress to prevail on the government to keep to the terms of our agreement.

He said: “The current leadership of the government team clearly lacks the academic disposition and humility needed to undertake such task."

“Our members enjoy their work and hate to see any disruption in the smooth running of our universities.

"However, the level of frustration occasioned by the lackadaisical attitude of the government towards meeting the terms of the 2019 Memorandum of Action that was freely signed with our union is increasingly becoming unbearable," he said.

Meanwhile, Legit.ng previously reported that the federal government and the ASUU had begun fresh re-negotiations on the 2009 agreement.

Wale Babalakin, the chairman of the federal government’s re-negotiation team, who addressed newsmen in Abuja, on Wednesday, March 27 after a meeting that lasted six hours, said he was hopeful the meeting would yield positive results.

Babalakin disclosed that the ASUU team had presented more than 20 issues that were being looked into to ensure stability in the university system.