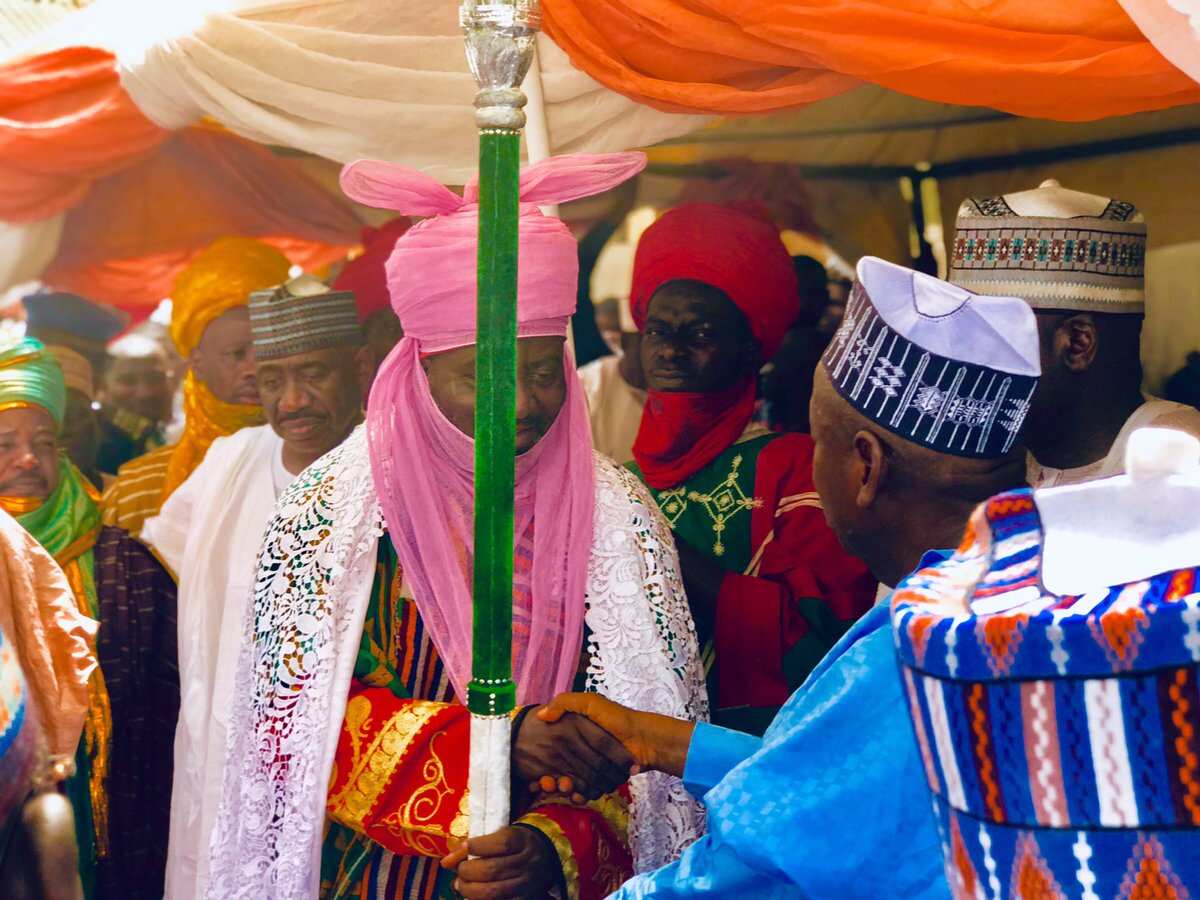 - PDP's governorship candidate in Kano, Abba Yusuf, has promised that he would dissolve new emirates created by Governor Ganduje in the state

- But Yusuf in his reaction, described Ganduje's creation of the new emirates as a means to embezzle public treasury

Daily Independent reports that while condemning Ganduje’s alleged plot to whittle down Emir Sanusi’s power, Abba-Yusuf, described the move to create additional liabilities as a means to embezzle public treasury.

Legit.ng gathered that he would reverse law establishing four Emirates when he secures his ‘stolen’ mandate at the election petition tribunal.

It would be recalled that Ganduje had on May 8 created four additional emirates with First Class emirs in the state, a move to whittle down the influence of Emir Sanusi.

Sanusi Dawakin-Tofa, a spokesperson to the PDP governorship candidate quoted Yusuf as reacting to the development at an iftar congregation with members of various associations in the state’s transportation sector.

He said: “At a time when our major concerns in Kano state were centred around upgrading critical infrastructures such as schools and hospitals to accelerate rapid development, the enemies of the state are determined to create additional liabilities to squander public treasury.

“We learnt that Governor Ganduje plans to spend hundreds of million naira to build palaces and purchase royal cars to the newly crowned emirs at the expense of common citizens who barely can’t afford to pay school fees of their children.

“We want to clearly draw the attention of the Governor that these are misplaced priorities for a state with over three million out of school children, about four million unemployed youth and millions of almajiri roaming our streets to beg for food without a comfortable shelter.

He said people of the state were happy that a high court sitting in Kano has declared the creation of new Emirates as null and void, adding that, ''we want to assure the good people of Kano that history will repeat itself as soon as we emerge victorious at the Election Petition Tribunal.

“Our unity as a people remains of utmost concern; we will not allow our cultural heritage built over a thousand years being destroyed by a mad lion, barking and biting every object that comes his way.

“I want to crave the indulgence of our teeming supporters to utilize this blessed month of Ramadan in praying for the successful outing from the Election Petition Tribunal to rescue our dear state; Insha Allah Kano will smile again.”

Meanwhile, Legit.ng had previously reported that the controversy surrounding the traditional institution in Kano took a new turn as four kingmakers of Kano Emirate sued Governor Abdullahi Ganduje over the creation of four additional emirates in the state.