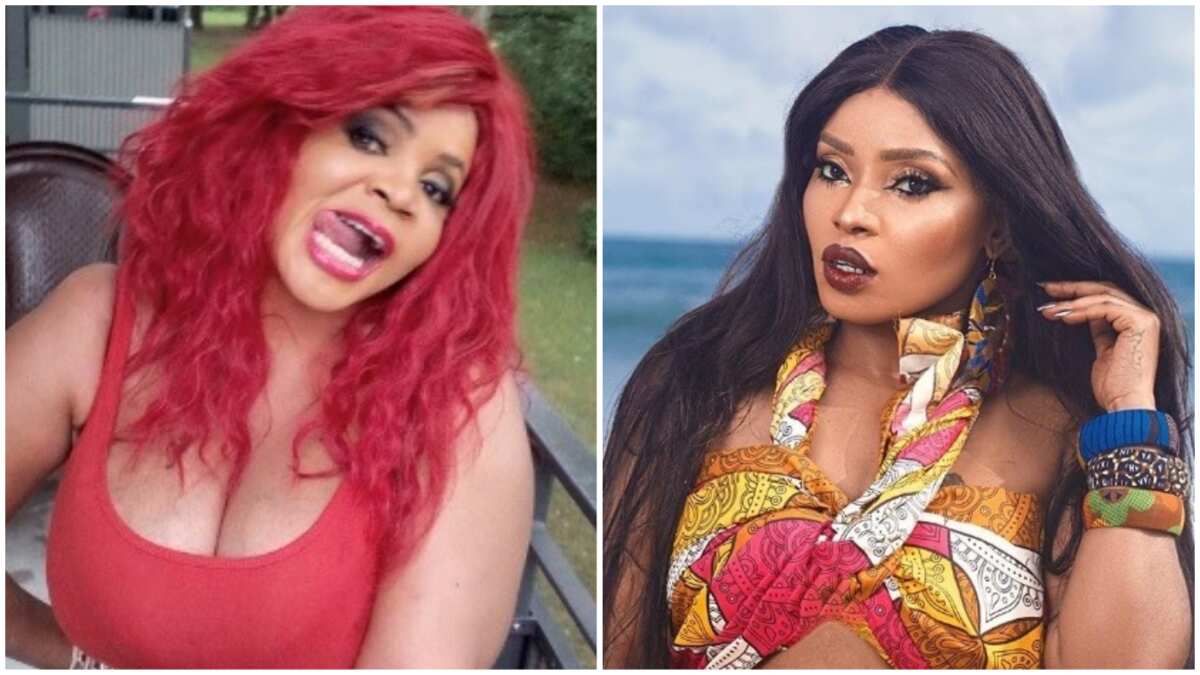 Soft-spoken Nollywood actress, Cossy Ojiakor is currently causing a buzz on social media after she took to her Instagram page to reveal how fellow actress, Halima Abubakar once betrayed her.

It appears these Nollywood stars stay winning when it comes to giving us entertainment on and off the screen as seen in the case of Cossy Ojiako who recently made some heavy allegations against Halima Abubakar.

The can of worms was opened shortly after Nollywood actress Uche Ogbodo shared a photo with Halima and Uche Eledu praising them for being her true friends. While Cossy didn't seem to have any issue with Elendu, she came all out with guns blazing for Halima whom she described as a snake.

She shared a screenshot of the post, urging people to join her and warn Ogbodo about the kind of person Halima really is in order to 'save her from intending calamity', according to Cossy.

Going further, she shared a throwback photo of herself and in the caption, laid out a detailed narration of her experience with Halima who she claimed, came to her under the guise of friendship.

According to her story, Halima betrayed her by spreading false stories about her which almost led to her being banned from Nollywood.

PAY ATTENTION: Get the hottest gist on Africa Love Aid

In other drama-filled news, actress and mother of one, Tonto Dikeh, recently revealed on her Instagram page that she now has a new rich boyfriend and she issued a warning to some celebrities to never beg him for sponsorship of their movie or music projects.

Tonto even took the bull by its horns as she mentioned the names of the celebs she was referring to. IK Ogbonna, 2baba, Annie, Toyin, Juju and co were among the stars mentioned.