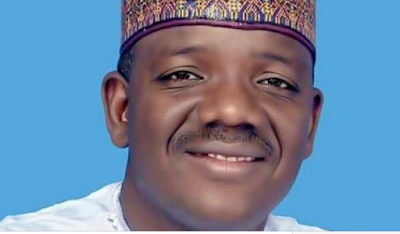 “I believe, as a Muslim, that only God Almighty can give leadership to anyone He will and seize leadership from anyone He will. Therefore I will accept what God Almighty destined to me in good faith pertaining this election without any objections,” Bello Matawalle, the Peoples Democratic Party (PDP) governorship candidate in Zamfara, had told journalists after casting his vote in March.
By the time, the Independent National Electoral Commission (INEC) announced the governorship result, Matawalle “lost” by a wide margin. Muktar Idris, commissioner of finance and the All Progressives Congress (APC) candidate, defeated him by polling 534,541 while he had 189,452.
Idris was the preferred candidate of Abdullaziz Yari, outgoing governor of Zamfara.
But just five days to the inauguration of a new governor in Zamfara, the supreme court nullified APC’s votes in the election and declared candidates of the party with the second highest votes should be sworn into office. Going by the verdict of the highest court in the land, Matawalle is the incoming governor of the state.

The court gave judgment following the appeal of Idris. The govenor-elect had appealed the verdict of the appeal court that nullified the primary election of APC in Zamfara.
HIS POLITICAL JOURNEY
Matawalle first shot in politics was in 1998 when he ran for a house of assembly seat and won. He contested under the platform of United Nigeria Congress Party (UNCP). But after the death of Sani Abacha, military dictator, Abdulsalami Abubakar, his successor, dissolved the political parties and announced that elections would hold in 1999.
Between 1999 and 2003, Matawalle served as commissioner for local government and chieftaincy affairs, environment, rural development and later youth and sport in Zamfara.
In 2003, he contested under the platform of the All Nigeria Peoples Party (ANPP) for a house of representatives seat and won. He represented Bakura/Maradun federal constituency in the house of representatives till 2007.
He was reelected in 2007 and was in the lower legislative chamber till 2011. In the house, he served as chairman committee on ethics and privileges, chairman ad hoc committee on marine security and safety commission.
Born on December 12, 1969, the governor-elect had his early education in Maradun township primary school. Matawallen was born in Maradun, headquarters of Maradun local government area of Zamfara.
He obtained degrees from Yaba College of Technology, Lagos and Thames Valley University, London.
He worked at ministry of health in Sokoto and later as a teacher in Government Girls College Moriki. He joined the federal ministry of water resources where he worked till he ventured into politics in 1998.

He is married to four wives and blessed with children.