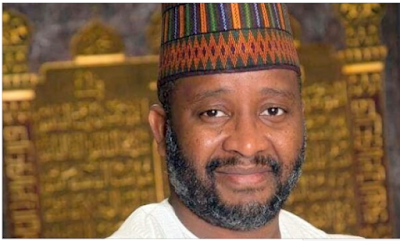 The supreme court has dismissed an appeal challenging the nullification of the All Progressives Congress (APC) primary elections in Zamfara.

At its sitting on Friday, the court voided all votes cast for the party during the general elections at the state level, from guber poll to state assembly.

The apex court ordered that the runner-up candidate be sworn in.

“Candidate other than the first appellant with the highest vote stand elected. A cost of N10 million is awarded against the appellant,” the court ruled.


The appeal was filed by Mukhtar Shehu (pictured), the state governor-elect, challenging the judgment of a Sokoko appellate court which nullified the ruling party’s primaries in the state.

The court of appeal had set aside the judgment delivered by the Zamfara high court allowing the APC to field candidates in the 2019 elections.

It had ruled that the high court “failed to evaluate the evidence before reaching the decision.”

Following the appellate court’s ruling, the Independent National Electoral Commission (INEC) withheld certificates of return of the governor-elect and that of the lawmakers-elect.

The party and its candidates then filed an appeal seeking that the appellate court’s ruling is set aside and that their certificates of return be awarded.

A five-man panel of the court by Tanko Muhammad, acting chief Justice of Nigeria, Justice, declared that the APC did not conduct valid primaries in the build-up of the elections.

The panel, therefore, ruled the party’s candidates cannot be said to have emerged the winner.

WHO BECOMES THE GOVERNOR-ELECT?
Bello Matawalle of the Peoples Democratic Party (PDP) had scored 189,452 to emerge second in the governorship election.

The Independent National Electoral Commission, going by the provision of the constitution and the electoral law, will declare the eventual winner of the Zamfara poll.