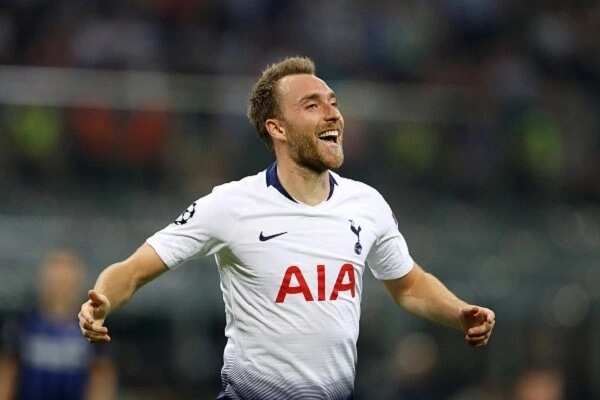 Christian Eriksen who plays for Tottenham has reportedly emerged as summer target for Manchester United who want him as replacement for Paul Pogba in case he leaves.

Paul Pogba has been a target for Spanish club Real Madrid, and despite recently signing Eden Hazard, Los Blancos are still interested in the signature of the France international.

Although Manchester United chiefs are said to have made it clear that Paul Pogba is not for sale in the ongoing transfer, but Evening Standards reports that the club have had another thought.

And their plan is to sign Christian Eriksen should Paul Pogba decide to make a move to Real Madrid before the close of the transfer window.

Real Madrid are tempting the Frenchman with the chance of playing in the Champions League since Manchester United will not be campaigning in Europe next term.

Back in March, Paul Pogba described Real Madrid as a dream team for every player and he could make the move.

Earlier, Legit.ng had reported how Manchester United midfielder Paul Pogba was reportedly issued a deadline by Real Madrid to complete a switch to the Santiago Bernabeu.

According to the report, the French World Cup winner and Chelsea star Eden Hazard is one of the two top players Los Blancos boss Real Madrid boss Zinedine Zidane is targeting, towards rebuilding the Galaticos squad ahead of the 2019-20 campaign.