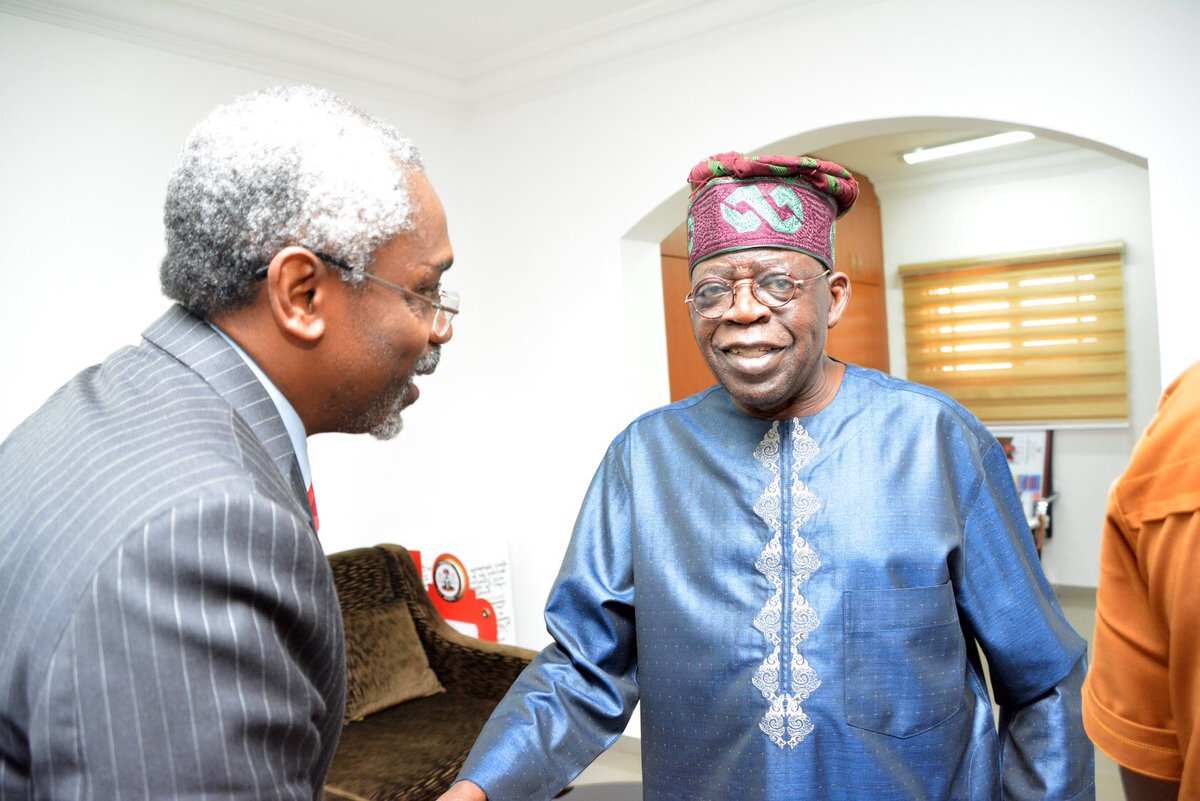 - The new speaker of the House of Representatives, Femi Gbajabiamila, has visited Asiwaju Bola Tinubu

The speaker of the House of Representatives, Femi Gbajabiamila, has visited the national leader of the ruling All Progressives Congress (APC) Asiwaju Bola Tinubu, on Thursday, June 13.

Gbajabiamila, who was elected speaker of the House in the ninth National Assembly, visited the former governor of Lagos state a day after paying homage to President Muhammadu Buhari.

The former minister of information and culture, Lai Mohammed, was also present at the Abuja residence of Tinubu, where Gbajabiamila met with the APC national leader.

Recall that honourable Femi Gbajabiamila emerged speaker of the House of Representatives on Tuesday, June 11, the day the ninth National Assembly was inaugurated.

Gbajabiamila, who was born on June 25, 1962, attended Mainland Preparatory School, after which he attended Igbobi College in Yaba, Lagos, King William's College on the Isle of Man, United Kingdom, Atlanta's John Marshall Law School, United States, and the University of Lagos in Lagos.

Meanwhile, Legit.ng previously reported that the All Progressives Congress (APC) national leader, Senator Bola Tinubu, on Wednesday, June 12, urged the 9th National Assembly to extend hands of fellowship and friendship to the executive to achieve progress in the country.

Tinubu made the call in a congratulatory message entitled: “Nurturing and Deepening National Assembly Institution, Democracy,” released by his media adviser, Tunde Rahman, in Lagos.

He also urged the Assembly to do all within its powers to nurture and deepen the institutions of the legislature and the country’s promising democracy.

According to him, task of the Assembly is to complement and support President Muhammadu Buhari to deliver on his administration’s progressive agenda to take the country to the Next Level with detailed, timely and progressive legislative initiatives.

He said: “It is imperative that the new leadership quickly departs from the adversarial posture of those that came before and extends hands of fellowship and friendship to the executive."