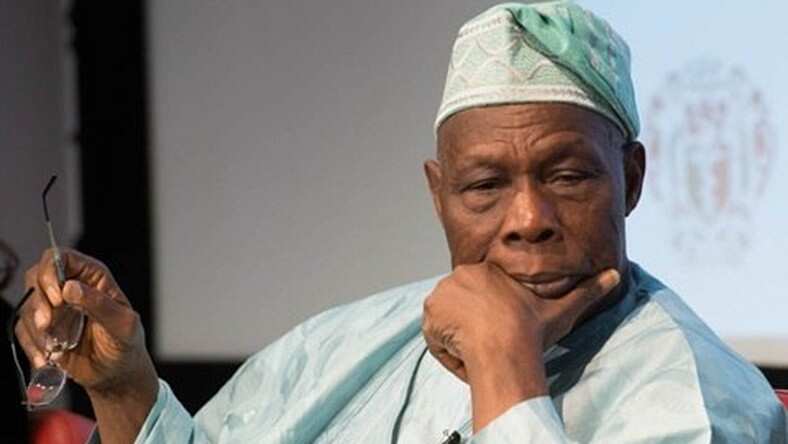 Editor's note: In recent time, the former president Olusegun Obasanjo has raised allegations against the President Muhammadu Buhari-led government about plans to Islamise and Fulanise Nigeria.

Legit.ng reports that Olalekan Paul writes about Obasanjo's allegations against the incumbent president of Nigeria.

Former president Olusegun Obasanjo’s alarm about a West African Fulanisation and Islamisation agenda is a ploy by the self- seeking former president to return to relevance after he was completely demystified in the 2019 presidential elections.

Obasanjo has always hated the authentic political leadership of the south west beginning with Chief Obafemi Awolowo. He did everything possible to discredit Awo in his various but less than truthful accounts of Nigeria’s political history. He failed woefully.

In 1993, Chief M.K.O Abiola won the freest and fairest election in Nigeria’s history, winning handsomely in the north against a northern candidate. Obasanjo, of course could not stand the thought that his fellow Egba man would rule.

He worked hard to destroy Abiola’s mandate. He said infamously that Abiola was not the Messiah Nigeria needed. He had hoped that in the confusion following the annulment of the election, he would emerge as an interim president. That didn’t happen. But in a remarkable case of reaping the evil he sowed, Abacha threw him in jail and could have killed him for alleged coup plotting. He survived the experience.

In 1999, working with the same Fulanis and northern Muslims he now wants to demonize, he emerged as the candidate the northern establishment were comfortable with. He got the PDP presidential ticket. The south west voted resolutely against him. He lost his ward and his booth. But with almost unanimous northern support, he won the presidency.

In his first term in office, twelve northern states declared Sharia law, and he wholly adopted Sharia criminal and civil justice systems. This was not only a violation of Nigeria’s clearly stated secular constitution but it was and remains the only credible act of Islamization ever undertaken in Nigeria.

All through Obasanjo’s eight years in office, Nigeria was a member of the Organisation of Islamic Cooperation (OIC). Under him, Nigeria acquired shares in the Islamic Development Bank, a bank established by the OIC.

In 2005, his finance minister, Dr. Ngozi Okonjo-Iweala, became director of the Islamic Development Bank. At no time during the course of these developments did Obasanjo ever use pejoratives like Islamization.

In his bid for a second term, he realised that with a General Muhammadu Buhari running against him, he would lose his northern support base, so he reached out with typical cunning and practised deception to the political leadership of the south west whose party, the Alliance for Democracy (AD) was in control of all the south west states .

All he wanted was that they should not field any candidate so that he could be the sole candidate of south west origin in the presidential race.

Chief Bola Ige, the then his attorney-general and minister of justice, was the likely AD presidential candidate. He informed Obasanjo in his letter of resignation that he was leaving the government to reorganise his party for the elections.

Obasanjo’s deception of the south west leadership worked. They agreed not to field a candidate, and give him their votes. Obasanjo not only made a fool of them, he stripped them naked. All south west governors were rigged out, except Bola Tinubu of Lagos state, who had refused to entertain any deals with Obasanjo.

Today, Obasanjo is essentially irrelevant in Nigerian politics. He couldn’t stop Buhari. His attempt to form a coalition against Buhari failed woefully. His party, the ADC gained no traction. Obasanjo, the false crusader now wants to use some incidents of Fulani bandits in the south west to begin a new Nigerian problem that he would position himself to “resolve” ! No way.

The views expressed in this interview/article are the author’s own and do not necessarily represent the editorial policy of Legit.ng.

Your own opinion articles are welcome at info@corp.legit.ng — drop an email telling us what you want to write about and why. Contact us if you have any feedback, suggestions, complaints or compliments. We are also available on Facebook and Twitter.

Meanwhile, Legit.ng had previously reported that Fayose criticised Olusegun Obasanjo, for not honouring MKO Abiola, the winner of the June 12 1983 election despite being the greatest beneficiary of the June 12, 1993 struggle.