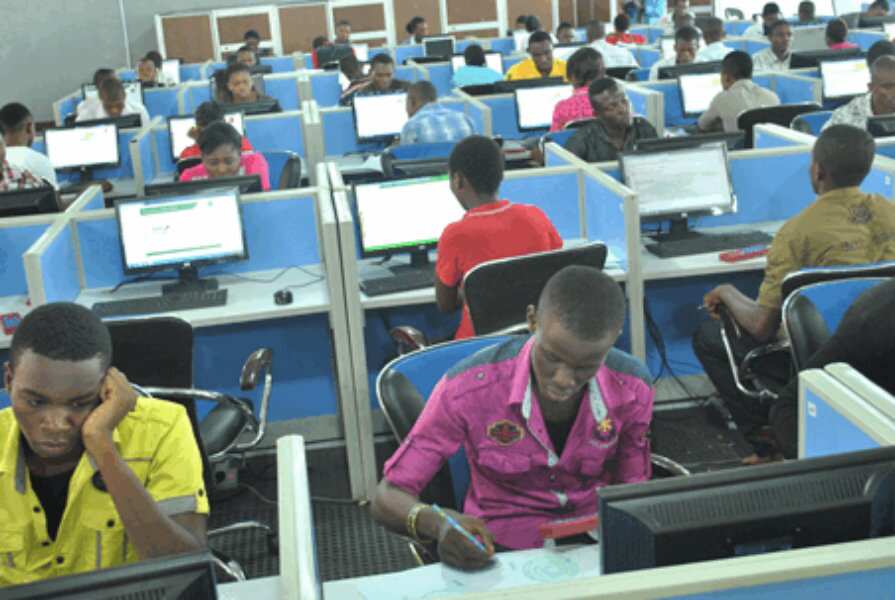 The Joint Admissions and Matriculation Board (JAMB) declared that it has withdrawn the results of four candidates who participated at its 2019 Unified Tertiary Matriculation Examination (UTME).

This was announced in a statement by the board’s head, media and information, Fabian Benjamin in Lagos. According to the statement, the candidates are found to have attempted to fraudulently increase their scores at the examination.

He said: “One of the candidates, who is the main culprit, had claimed that he initially scored 290 and that it was eventually reduced to 153. Following this claim, he was invited by the board’s headquarters for proper screening.

“It was at this point that it was discovered and proved to him that his claim was untrue and as such, he has been deeply involved in serious infraction and forgery of the examination result. He, however, eventually confessed to the forgery."

Further checks on his handset also revealed that he was not alone as there were evidence that he had equally been patronised by three other candidates with their registration numbers and names stated clearly, for possible illicit upgrade and faking of results,” the statement said.

According to the statement, no efforts will be spared by the board, in identifying and sanctioning any candidate or persons who attempt to undermine the integrity of the board’s examination by whatever means. It stated that whoever collaborated or patronised such candidates would face equal sanctions.

The statement recalled that the board had, during the release of its 2019 UTME results on May 11, explained that post examination discovery of serious infraction might lead to the withdrawal of any released results.

It further stated that a number of candidates’ results were withheld for further verification, adding that any one found not to be culpable would have his or her result processed and released.

According to the statement, consequent upon this, after due verification, a number of results were released while others were cancelled.

The statement read: “There were, however, some that needed further direct interaction and interview, to establish clearly, whether they were culpable or not.

“Candidates in this category were invited to appear in eight designated centres across the country on Monday June 17.

“The centres are Abuja, Asaba, Gombe, Ibadan, Ilorin, Kaduna, Lagos and Owerri. The affected candidates had since had the direct interraction and interview with the intelligence committee of the board to ascertain their culpability or otherwise in some discovered examination infraction.”

According to the statement, 3,736 candidates are found to be either free of any blame, or entitled to the benefit of the doubt and consequently have their results processed and released. He said: “The initially withheld 3,736 results of candidates are now released.”

Earlier Legit.ng reported that JAMB apprehended a suspect for allegedly upgrading his scores in the recent UTME from 153 to 290.

The 19-year-old, Adah Eche, was a candidate in the 2019 UTME and was alleged to have engaged the services of some cunning men through Facebook and WhatsApp platforms, having come across an advertisement which read, “Do you want to upgrade your 2019 JAMB results? Are your scores too poor for admission into any of the universities, then contact the following numbers.”

OPAN hails court ruling against Police for detention of journalists 0