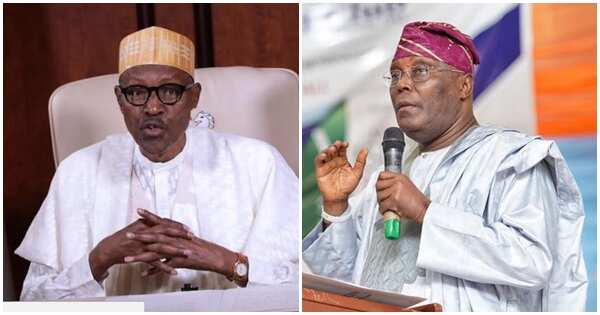 - The witnesses claimed that the APC used soldiers to molest, harass and injure voters sympathetic to the Peoples Democratic Party

The presidential election petitions tribunal has been told by witnesses to Atiku Abubakar and the Peoples Democratic Party (PDP) that the All Progressives Congress (APC) used soldiers to molest, harass and injure voters sympathetic to the opposition party in the 2019 presidential election.

READ ALSO: Return to where you came from - Trump tells 4 congresswomen of colour

Legit.ng gathers that they all testified at the ongoing hearing of Atiku and PDP’s petition challenging President Muhammadu Buhari’s victory at the 2019 presidential election.

They told the tribunal that voters in Yobe and Borno states were harassed, intimidated and that farmers were threatened to either vote for APC or risk being ejected from their farmlands.

In his evidence, Bulama claimed that village and district heads were used to coerce the voters into voting for Buhari and the APC.

Four of the video clips played at the presidential election petitions tribunal hall includes “count down of Osun decides’’, a production of Channels Television with Seun Akinboloye as host.

In the above production dated February 8, Mike Igini, resident electoral commissioner for Akwa Ibom had talked about the readiness of the electoral body to transmit the February 23 general election electronically.

The second video was a clip of the postponement of the general elections by INEC chairman, Professor Mahmood Yakubu.

The third video was a clip of AFEX Nigeria training of INEC ad-hoc staff on electronic result transmission.