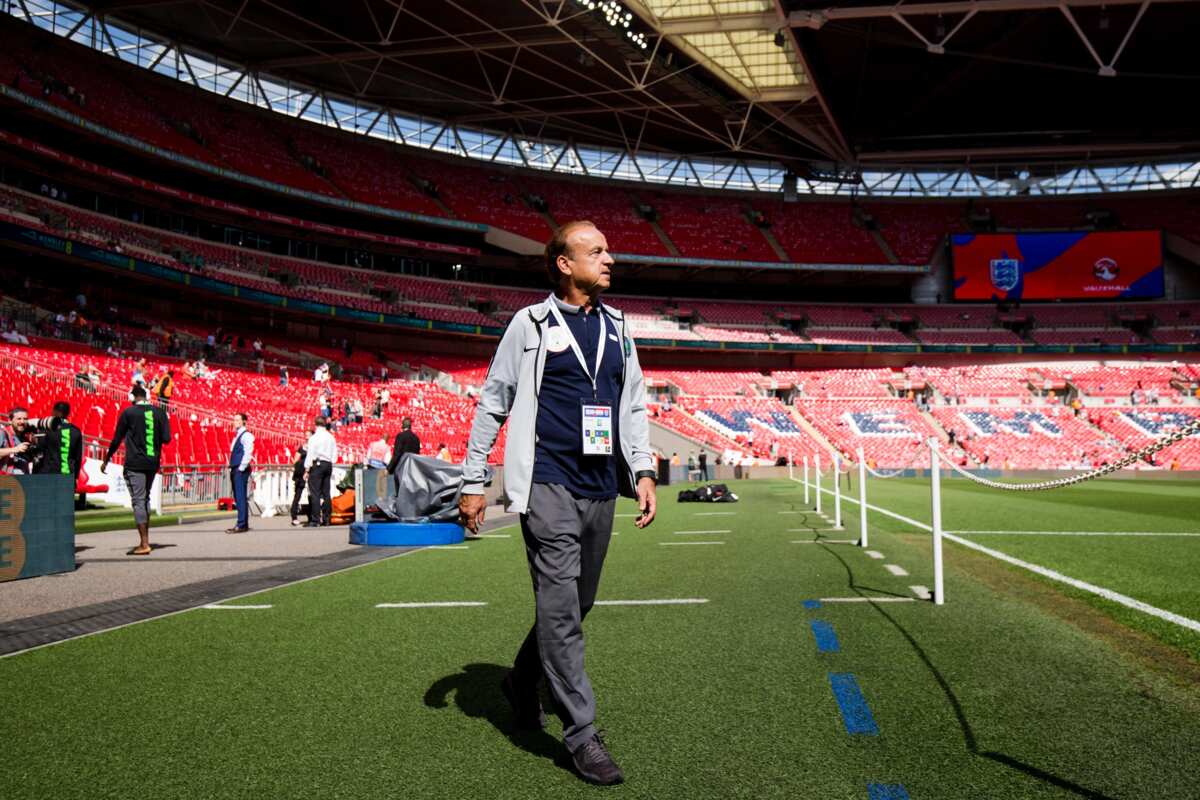 - Nigeria will face Tunisia on Wednesday, July 17, in the AFCON 2019 third place match

Amaju Pinnick who is the president of the Nigeria Football Federation (NFF) has made it clear that there is no plan to sack Super Eagles coach Gernot Rohr after the AFCON 2019.

Since the day Super Eagles were beaten 2-1 by Algeria in the semifinal of AFCON 2019, there have been reports that Gernot Rohr would be sacked after the championship.

Some radio and television media houses in Nigeria even reported that the NFF are planning to sack Gernot Rohr after the third place match against Tunisia on Wednesday, July 17.

Pinnick has now rubbished the reports claiming that he has confidence in Gernot Rohr and he will remain as the Super Eagles coach.

The 46-year-old CAF vice president added that Gernot Rohr will be going to Bayern Munich for a refresher training period after the AFCON 2019.

“There are some people who have been calling me and the federation to sack Gernot. But I am not going to do that. In fact, Gernot is going on a refresher training period with Bayern after AFCON because we have a long-term plan with him.

''We have had rocky and difficult moments in our relationship, but this is normal in any relationship between two people.

''He is a good coach and we want him to remain with us. That said, we will work together on what needs to be improved upon,'' Amaju Pinnick explained.

The German born tactician failed to guide the Super Eagles to the final of the 2019 Africa Cup of Nations final after losing 2-1 to Algeria in Sunday's semifinal clash.

An own goal from William Troost-Ekong and a Riyad Mahrez's stunning free kick in the last minute of the match saw the Desert Foxes advance to the final of the competition.

Unbelievable: 17 day-old Baby Girl Recovers After Being Infected With Coronavirus Without Taking Any Medication (Photo)