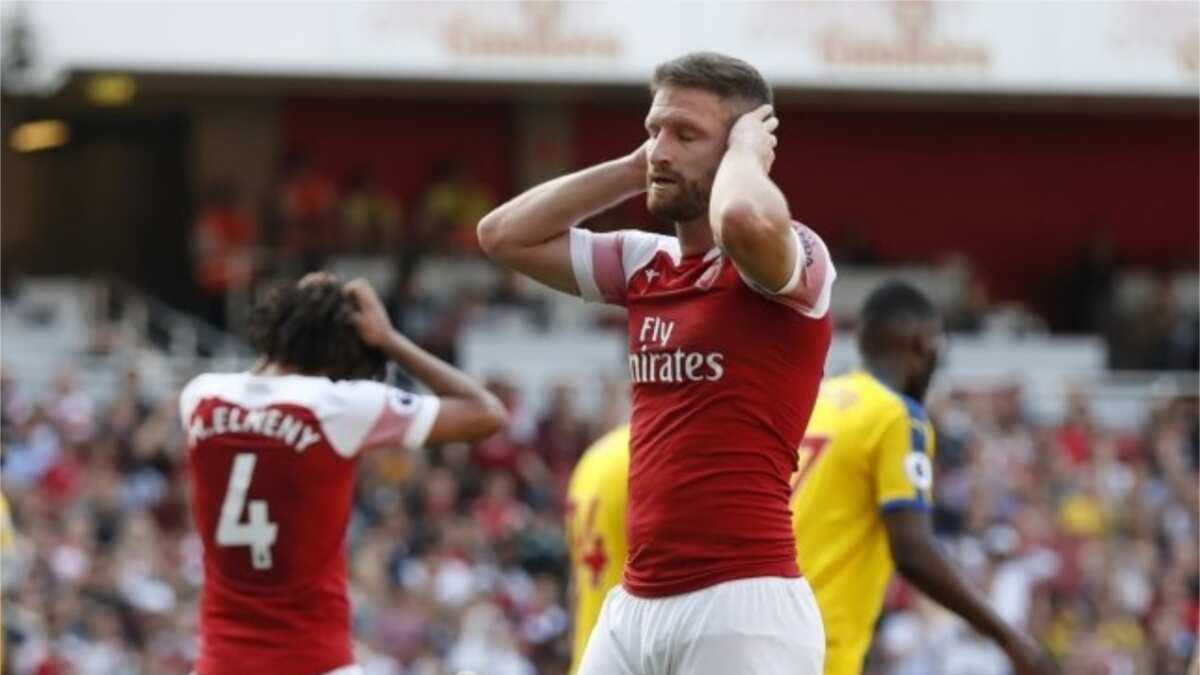 Arsenal defender Shkodran Mustafi was booed by the club fans when he came on during their 3-0 win over Colorado Rapids on Tuesday morning.

The Germany international joined the Gunners in the summer of 2016 from Spanish League side Valencia in a deal worth £35 million.

He has however failed to impress at the Emirates Stadium so far, and the supporters of the club mocked him when he was introduced into the game earlier today.

Coach Unai Emery's men started their preseason tour in the United States with Bukayo Saka, James Olayinka and Gabriel Martinelli all scoring a goal each in the game.

READ ALSO: Antonio Rudiger to return for Chelsea in September after knee surgery

User @aka_wills said: "Boo Mustafi. Everyday. If it forces him out - great."

Another user @OzilThings said: "So glad Mustafi got booed. Literally cost us UCL last season and never seems to be serious when playing for the club.

"Hope this is a wake up call for him because he’s been abysmal other than the first couple months since joining."

But @TikaTakaConnor hit back: "I hear Mustafi was booed by his own fans last night. It doesn’t matter if he’s bad or not because he plays for Arsenal and we don’t do that to our own players. Stay classy."

Another user, @henrywright, added: "Mustafi will definitely be needed next season considering the budget we have to bring in new players and the attitude of some players."

Meanwhile, @RE_54CL said: "Arsenal Fans booing Mustafi need to get a grip. Our club chose to sign him and give him the contract they did.

"The guy has his flaws but there is no indication he has been anything but a pro. How do you think booing impacts his confidence?"

And @SBeurling wrote: "Wait.. Fans booed Mustafi?? I know he isn't good enough but ffs it's the first pre season game and we might be stuck with him because of the koscielny situation.. We're setting him up for mistakes and bad confidence!"

Legit.ng earlier reported that Gareth Bale was welcomed back to Real Madrid with fans booing the winger as he resumed for pre-season with uncertainty surrounding his stay at the club.

The Mirror report claims Bale was among the early birds at the club's state-of-the-art Valdebebas training base, but he was greeted with long faces, suggesting he is no longer in the good books.

Since arriving from Tottenham in 2013, Bale has struggled to win over Los Blancos fans, with reports in Spain painting the various insults he received as he entered the complex.