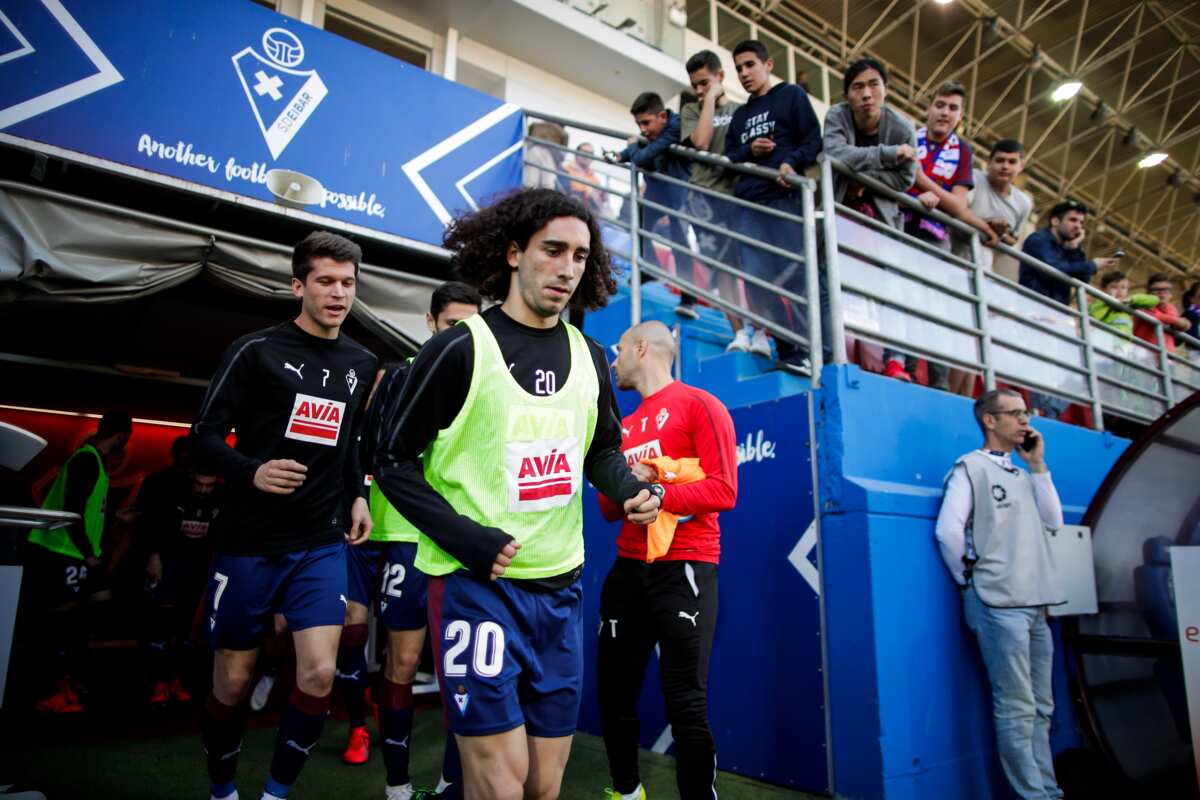 Spanish champions Barcelona on Tuesday, July 16, confirmed that they have re-signed defender Marc Cucurella from Eibar.

Marc Cucurella spent last season on loan at Eibar and the club then exercised their purchase option to sign him for €2 million.

However, his deal also included a buy-back option for Barcelona, and the Spanish champions have now paid €4m to bring him back to the Camp Nou ahead of the coming season.

“FC Barcelona has made effective the repurchase clause of the player Marc Cucurella, who last season played on loan at Eibar, for 4 million euros.

“The Basque club exercised their purchase option at the end of the 2018/19 season for a value of 2 million euros.

“Cucurella left on loan to the Mendilibar team with the aim of gaining experience in the elite of Spanish football. For the Basque side he has played 33 games: 31 of those in league and two in the Copa del Rey.

“In addition, a player trained in the Barca academy scored two goals, one in each competition,'' Barcelona said in official statement.

The 27-year-old has insisted on leaving the Paris based club barely two years after joining them in a world record fee valued around €222 million.