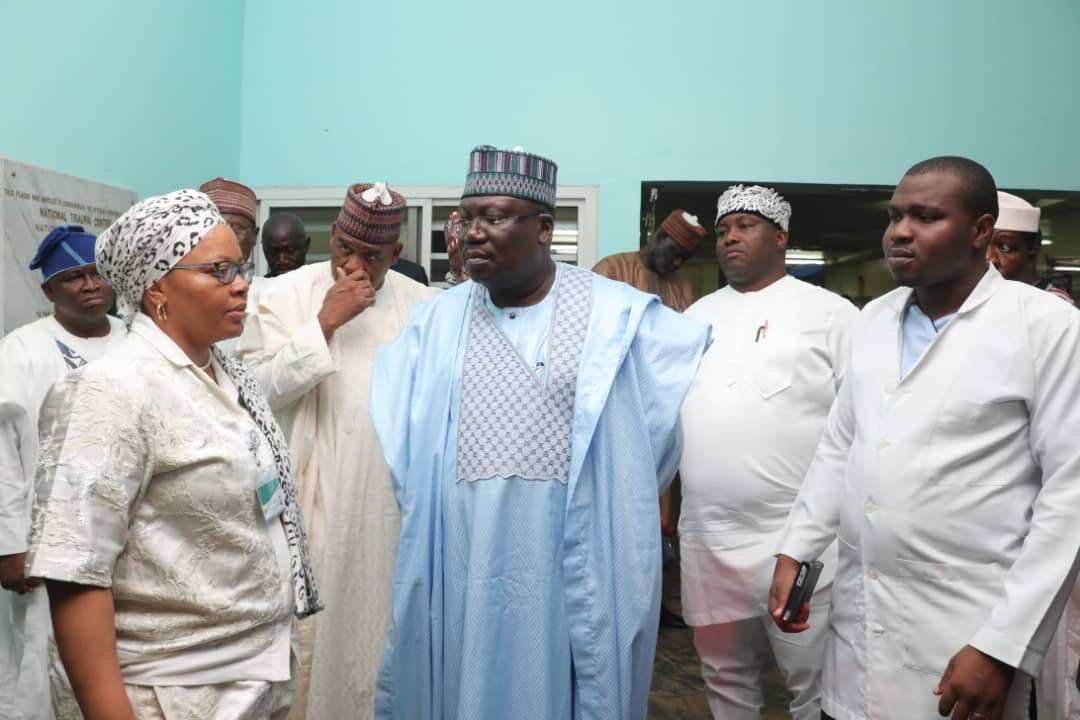 - The president of the Senate, Dr Ahmad Lawan, has made new appointments

- Lawan appointed Karage Mamman and Ola Awoniyi as his deputy chief of staff and special adviser on media, respectively

The president of the Senate, Dr Ahmad Lawan, has approved the appointments of Karage Mamman and Ola Awoniyi as his deputy chief of staff and special adviser on media, respectively.

This was contained in a statement issued on Tuesday, July 16, by the special assistant to the president of the Senate on media and publicity, Mohammed Isa.

All the appointments are with immediate effect.

The 58-year-old Awoniyi, according to the statement, is a graduate of University of Ibadan where he obtained a B.Sc in Psychology and holds Masters in Law Enforcement and Criminal Justice (MLC),and Masters in International Affairs and Diplomacy (MIAD), both from Ahmadu Bello University (ABU), Zaria.

He also obtained a Post Graduate Diploma in Journalism from International Institute of Journalism, Abuja in 1997.

He worked with Nigerian Tribune for over a decade before he joined the services of Agence France-Press (AFP), where he is the Head of Abuja office.

The new deputy chief of staff to the Senate President, Karage, according to the statement, is a graduate of University of Sokoto where he obtained Bachelor of Arts (Education).

He retired as a director in the Federal Ministry of Education in 2018.

On his part, Usman, popularly know as Abu Sidiq, according to the statement, graduated from Federal University of Technology, Minna, where he obtained both his first and second degrees.

A reknown blogger, Abu Sidiq, was the head of social media unit of the Field Operations Directorate of All Progressives Congress (APC) during the 2019 general elections.

Meanwhile, Legit.ng previously reported that Lawan voiced his deep displeasure over the rising rate on xenophobic attacks on Nigerians in South Africa.

The president of the Senate expressed his dissatisfaction on Monday, July 15, as he hosted Bobby Moroe, South Africa's high commissioner to Nigeria, during the latter's visit on a mission to look into causes of such attacks and possible ways to end them.

In his remarks condemning the awful trend, Lawan stated that so far, 118 Nigerians have been murdered in South Africa of which 13 of them were killed by policemen in the country.