4 'avoidable calamities' that must not befall Nigeria - Obasanjo tells Buhari 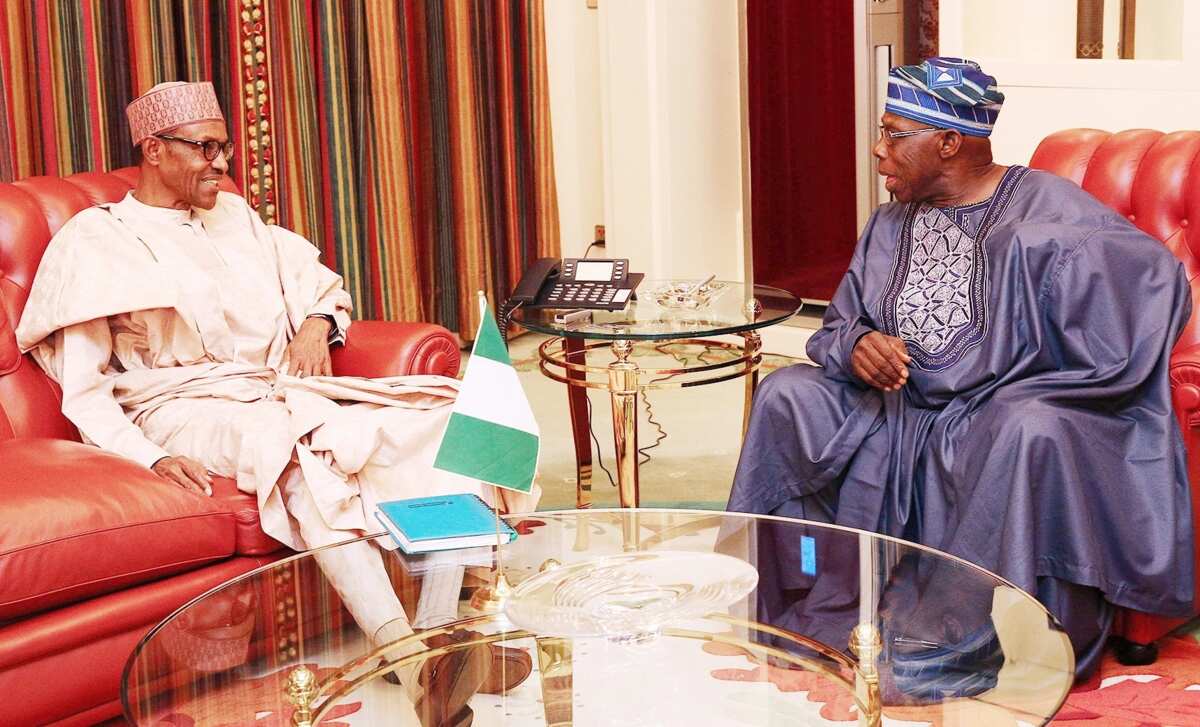 In the letter, Obasanjo warned President Buhari about the security situation in the country which he said is approaching a point where it may get out of hands.

The former president said the world has been warning Nigeria against descending into a state of violence because any outbreak would be difficult to contain.

He said: "To be explicit and without equivocation, Mr President and General, I am deeply worried about four avoidable calamities:

1. abandoning Nigeria into the hands of criminals who are all being suspected, rightly or wrongly, as Fulanis and terrorists of Boko Haram type;

2. spontaneous or planned reprisal attacks against Fulanis which may inadvertently or advertently mushroom into pogrom or Rwanda-type genocide that we did not believe could happen and yet it happened.

3. similar attacks against any other tribe or ethnic group anywhere in the country initiated by rumours, fears, intimidation and revenge capable of leading to pogrom;

4. violent uprising beginning from one section of the country and spreading quickly to other areas and leading to dismemberment of the country."

Obasanjo foretold that one or all of the calamities may befall Nigeria if "we do not act now".

"It happened to Yugoslavia not too long ago. If we do not act now, one or all of these scenarios may happen. We must pray and take effective actions at the same time," he warned.

Meanwhile, President Buhari came hard on critics of insecurity on Tuesday, July 16, saying such citizens are not patriotic.

The president said this when he received the national executives of the Buhari Campaign Organisation (BCO) at the State House.

It was learnt that Buhari did not mention the name of any particular person, but said that those criticising what he called the isolated cases of insecurity in the country are not patriotic Nigerians.

The president argued that every part of the world is currently faced with security challenges.

According to him, there are new challenges of banditry and kidnapping around the globe.

Barcelona manager, Quique Setien has reacted to his side’s La Liga 2-0 defeat to Valencia on Saturday. Valencia defeated Barcelona, thanks to Maxi Gomez’s strike and