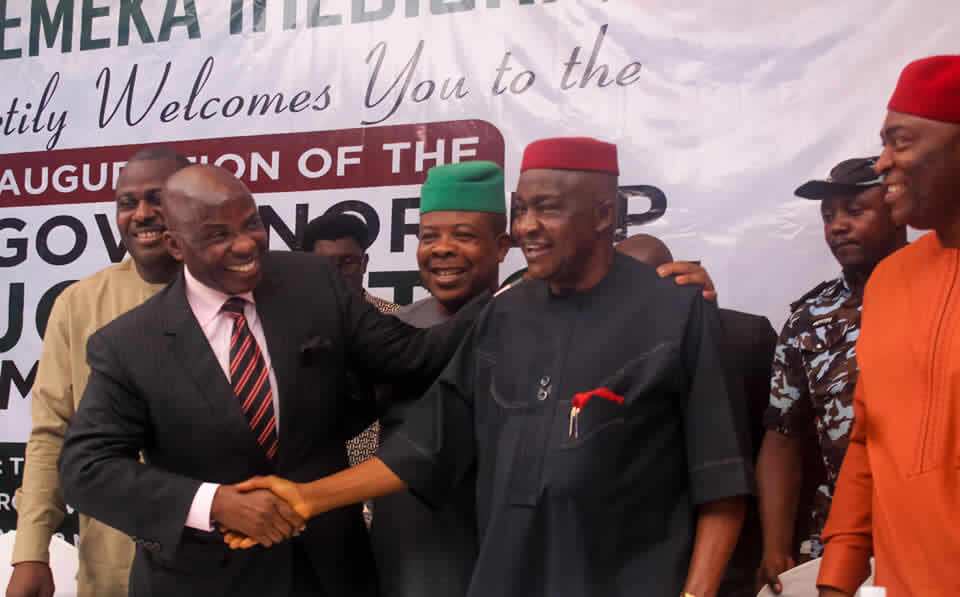 - Emeka Ihedioha, governor of Imo, has reintroduced the monthly sanitation exercise in the state

- The governor also instituted a planning, sensitisation and implementation committee to ensure that the exercise kicks off on time

- The committee is chaired by Ikedi Ohakim, a former governor of the state

Governor Emeka Ihedioha of Imo has re-instituted the monthly clean-up exercise in the state.

In a statement by Chibuike Onyeukwu, the chief press secretary to the governor, he stated that a planning, sensitization and implementation committee has been appointed and approved for the July 2019 clean-up exercise.

The governor said the committee would be chaired by former governor Ikedi Ohakim.

The committee is expected to among other things, source for sponsorships and partners, organize “Ihedioha Green Volunteers,” create and manage brand materials, publicity and media.

Others include organize and manage the evacuation of refuse and dump sites, enforce total compliance, recommend and organize Governor’s Prize and audit and handover for August committee.

The committee has the commander, 34 artillery brigade as deputy chairman, with Hon. Alex Emeziem, the ENTRACO chairman as secretary.

Meanwhile, the traditional rulers of Imo state have commended the governor on his decision to implement the use of the Treasury Single Account (TSA).

In a meeting with the governor recently, the monarchs under the aegis of Concerned Traditional Rulers' Forum led by HRM Eze Dr Cletus Ilomuanya, said that the adoption of the TSA will go a long way in ensuring prudent management of funds in the state and enthrone probity in governance.

The spokesman of the forum, His Highness, Eze Anayochkwu, said, “Your excellency, we commend your readiness to initiate TSA in the state. It will curb financial recklessness and ensure accountability in the funds of the state.”

From the Abundance of Waste, this Man Makes a Living (Documentary) - Faces of Nigeria | Legit TV